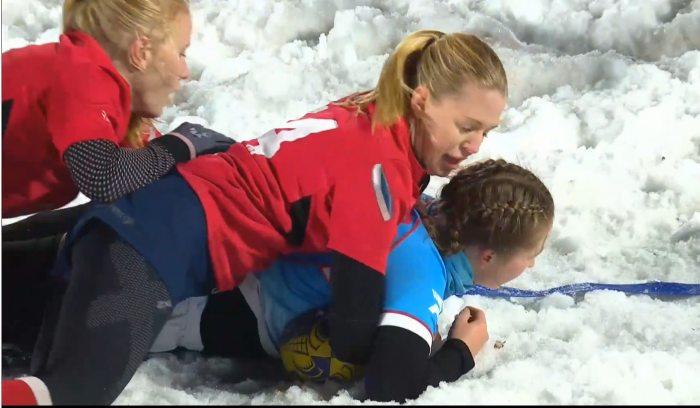 “Snow rugby” has been growing in popularity since it was developed in Finland over a decade ago at Jyväskylä Rugby Club, with tournaments attracting teams from across Europe.

The rules were similar to those for beach rugby and the recent Rugby X tournament, with five-a-side teams playing two five-minute halves, with rolling substitutes on a pitch roughly a quarter of the size of a normal field – 31m x 25. Tries were worth one point, with no conversions or kicks at goal.

Russia and Norway won their pools on the first day, Russia with the help of some big wins against Switzerland and Croatia. Norway were not quite as convincing pool winners – Latvia were only defeated by a single try.

Russia continued to dominate the tournament on the Sunday, including a 12-1 win over Croatia in the semi-finals. Norway also made the final, but only after a very close 2-0 semi-final over Romania.

The final was a one-sided affair, Russia winning 8-0 over Norway. Romania took bronze.