French players’ union Provale have published the results of a detailed survey – the first of its kind for  elite women’s rugby - that reveals the truth about the challenges and sacrifices faced by players at the top level of club rugby. 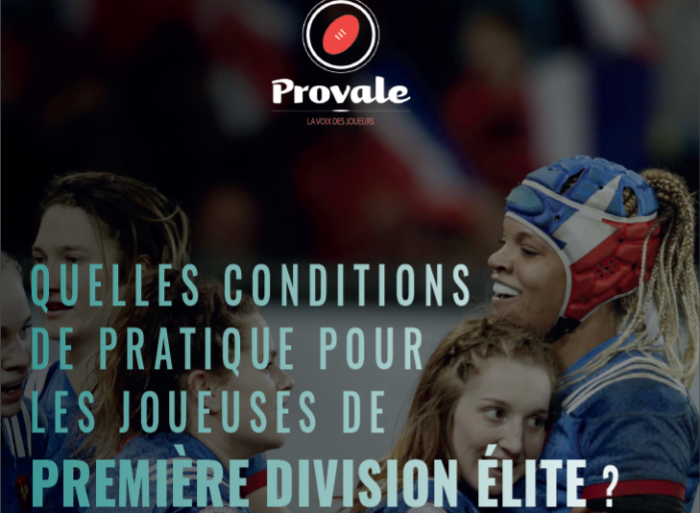 Quelles conditions de pratique pour les joueuses Première Division Élite? (“What are everyday conditions for players in the Elite Premier Division”) is the result of over 200 interviews with almost all of the players from clubs in last season’s Top 8.

The report – co-written by Safi N’Diaye, the Secretary General of the union – aimed to give a factual assessment of the reality of rugby at the top level.

The average French Top 8 player last year was 23 years old and had been playing at the top level for three seasons. Half of the players had completed at least two years of higher education, 51% were in employment, and 44% were students. 60% trained for 90 minutes three or four times a week and travelled 28km (each way) to do so. 87% had already suffered a injury significant enough to prevented them from playing for a period, and 41% had had an international selection.

The report identified seven major issues that the players face that “require to be treated as a priority”:

Injuries. Because 90% of players are not paid to play, their injuries do not count as accidents at work.  68% have suffered injuries that meant they missed at least two months of rugby in the last three seasons. 61% of players have missed work (or studies) due to injury and 46% have had lost out financially. Although all players have a medical consultation at the start of the season only 40% have daily support from medical staff. Only 21% always have medial support available during training.

Workload. “The practice of high level rugby normally requires recovery time” says the report but the need to work or study means that time available is very limited. One effect of this is the number of players who drop out of the game in their mid-twenties. Players at clubs linked to men’s elite teams benefit from access to the facilities offered to the professional men’s teams, unlike players from other clubs who sometimes have to pay for access to weight-training, etc.

The report also notes that the French season is effectively 11 months long, with the 15s season running from September to April, and then a sevens season from May to July.

Finances. The cost of playing – including equipment, playing licences and medical expenses – is often over €1000 per year. Despite its growing popularity, women’s rugby struggles to gain commercial investment and sponsorship.

Career sacrifices. The requirements associated with playing high level rugby mean that players often have to change jobs, or work nights or staggered hours. Soon choices have to be made. Players chosen for national squads have to meet training requirements, or lose their place, but this requires support from employers which may not be forthcoming.  As a result of 42% of players have had to take unpaid leave, and over 36% had to resign or change jobs. This is one explanation offered for the rapid loss of players after the age of 25.

Social life. Among other findings 97% of players have had to miss events “that were important to them”, and 60% have had relationship problems due to the requirements of the game.

Playing calendar. The championship is complex, running from September to May, but with a break from January to March for the Six Nations that leaves most players with no rugby for a long period. It is a fragmented season that makes it difficult to develop public and media interest.