​ Katie Sadleir, General Manager of Women’s Rugby at World Rugby, is to leave the organisation to join the Commonwealth Games Federation as Chief Executive Officer. 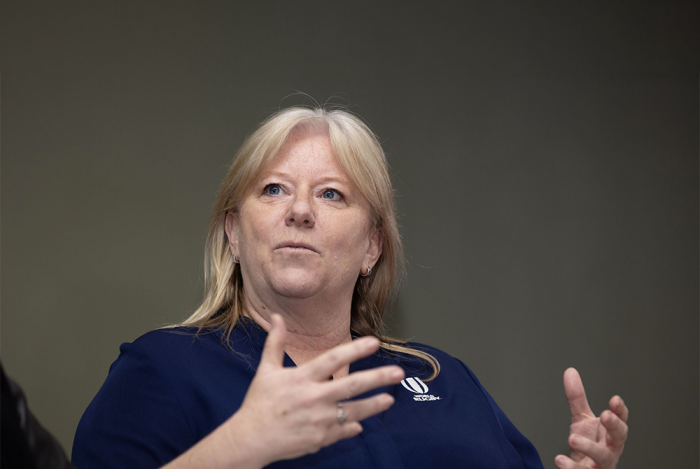 Sadlier joined World Rugby in 2016 and her impact has been considerable.

She led the development of the 2017-25 women’s strategic plan which has already introduced significant changes to the women's game at the highest level including the launch of the three-tier WXV competition, which will debut in 2023, the 2021 Coaching Internship Programme, a new brand and identity for the women's game and perhaps most significantly, she drove the changes that have led to an increase of female representation on World Rugby decision-making structures to more than 30 per cent.

“Katie leaves an impressive lasting legacy having successfully devised a transformational strategy to normalise, promote, grow and commercialise the women’s game. As we approach the halfway mark of the women’s strategic plan, a solid platform is in place for the sport to continue to press on and make impactful change that will continue to accelerate the development of women’s rugby and women in rugby globally, cementing its place as a leader in this priority area.

“Katie, supported by all our unions and regions, has created an unstoppable movement and momentum that the rugby family will continue to harness and push forward to ensure the phenomenal advancement of women’s rugby and women in rugby continues to flourish.”

Sadleir added: “Almost five years ago I was invited to take up the role as General Manager of Women’s Rugby and during this time I have had the privilege of working with inspirational women and men around the world, all committed to accelerating and normalising the women’s rugby and women’s involvement in the game.

“I believe collectively we have achieved some huge changes that have made a real impact for rugby globally. I’m especially proud of the leadership pipeline programmes that we have put in place for women both on and off the field as we strive, where ever possible, to make sure decisions are made with women, for women and girls.

“As I move to take on this new global leadership role I am extremely excited about the potential of the Commonwealth Sport movement. The Commonwealth Games Federation (CGF) have recently launched the year to go to the  Birmingham Games but sport is just the beginning, the CGF aims to ensure sport is a catalyst for positive change at a community, national and international level.”