Sadlier out to change how the world sees women's rugby

We look at this week's campaign launch from World Rugby and ask if it will make a difference to the growth and profile of the game. 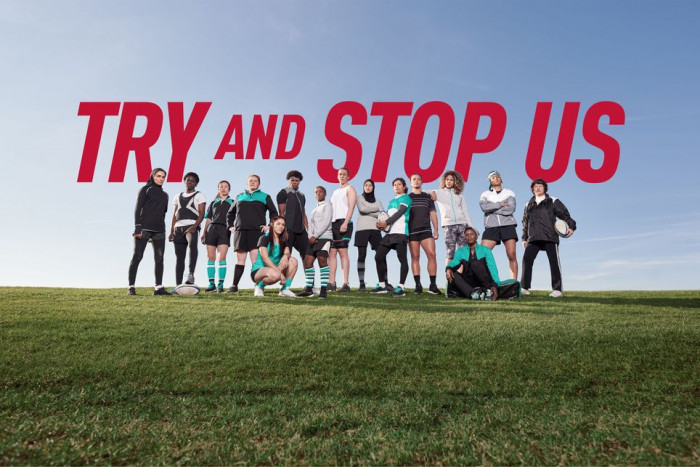 To much fanfare, World Rugby this week launched a new identity for the women’s game complete with slick graphics and videos, new-look branding and a high profile event in Dublin.

Designed to backbone World Rugby’s 2017-2025 strategic plan to boost the development of the women’s game on and off the field, the governing body says the campaign fulfils the aim of building a much stronger and more impactful profile of women’s rugby to help increase participation and engagement among fans, audiences and crucially investors.

It's hugely welcome and timely too to see World Rugby take a fresh innovative approach to marketing the women’s game, and a great job has been done on endorsements including from tennis great Billy Jean King.

There is though some scepticism because the campaign is not backed the by the sort of advertising investment that would get in front of brand new audiences.

World Rugby are relying instead on the channels of their own ambassadors, players, and governing bodies to spread the word and share their core messages and videos, which feature inspirational women's players from the world.

Therefore while it is plain to see how this campaign will help boost the profile of the women's game, it is harder to see how it will help drive new participation, if the audience the story is being told to are already involved in rugby.

Still, this is remains a significant and worthy project and Katie Sadlier, who has made an impressive impact since taking on the role of General Manager of Women's Rugby, says that the campaign has tangible objectives which will be closely monitored and evaluated.

“The brand and campaign announcement is an important milestone," she told us.

"From the outset, we’ll be tracking the success in a range of ways, most notably through increases in registered players, social and digital fan engagement reach, increases in investment in the game and changes in perceptions from specific Women in Rugby questions within Nielsen’s annual report.”

Sadlier says that the campaign will be shared around the world with unions, in particular adapting and using the core elements of it to suit their own market.

“The idea is to support unions and regions that may not have large dedicated marketing resources by providing them with assets and information they can use to develop women’s rugby in their territories. Phase two of the campaign will involve working with unions and regions to identify their own, domestic Unstoppables.”

“Ultimately, it is a call to action to women and girls around the globe that rugby is an inclusive sport, true to its values, and when you choose to start playing rugby, it has the power to make you unstoppable.”

“The unique brand proposition will underpin all women’s rugby activity, giving it its own identity and playing a central role in inspiring more women to get involved in the sport, growing the global fan base and attracting more investment into the game.

Sadlier also points to the fact that World Rugby have partnered with the International Olympic Committee (IOC) on the campaign.

“This is a significant and positive investment in what we see as the greatest opportunity to grow our game over the next decade. It’s not the only aspect of what we are doing to grow the game and get more women involved in leadership but we know it’s important to grow the profile of women in rugby, it’s a key pillar in the global plan.”