Samoa - the apparent outsiders before the tournament began - have won the first Asia Pacific Championship after beating Fiji in the final game. 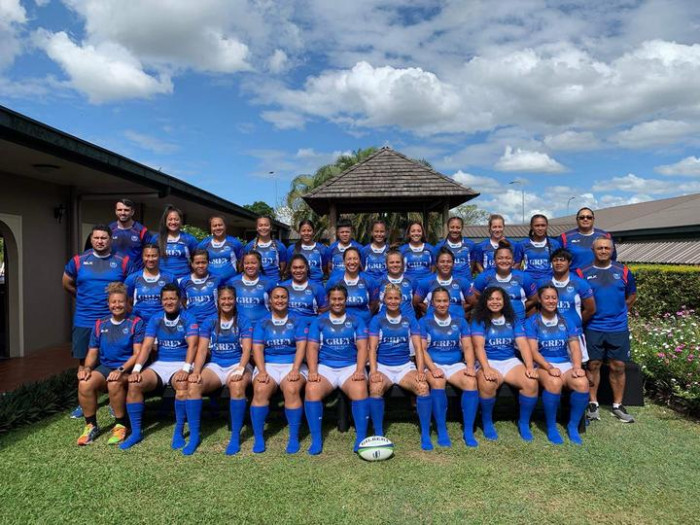 Samoa have won the inaugural Asia Pacific Championship after beating Fiji 15-12 in Lautoka, Fiji. The Manusina finished the tournament undefeated after beating Hong Kong 34-15 in their opening match. showing the huge potential the island has. With a team drawn from all over the pacific Samoa had barely two days together before the tournament began.

Debutant Linda Fiafia opened the scoring against the Fijiana at Churchill Park but the home-side struck back to level the scores at five-all before just before half-time. Impressive fullback Soteria Pulumu and number eight Nina Foaese crossed in the second half to open up a 10-point lead and despite conceding another try the visitors held on to secure a narrow victory, securing the Asia Pacific title and avenging their defeat by Fiji in the Oceania Championship final in November.

Manusina head coach Ramsey Tomokino admitted his side was actually lucky come out on top. "We definitely didn't play well but we won ugly and we'll take the win and to come away with two wins has certainly exceeded all our expectations," he said. "I had to give the girls a bit of a serve at half-time because our game management was poor and decisions we were making and options we were taking. We were trying to be expansive and we were throwing to the tail of the lineout when we should be winning in our money ball and we could be crashing in the midfield instead of trying to go wide.

"When you [have a] short time together you forget that the girls don't actually understand that stuff in terms of needing to drill into them that they need to get ascendancy first before we get on top of them and we never really got on top of them because we didn't stick to our gameplan and our choices were poor."

Ramsey Tomokino said Samoa's preparation was less than ideal, with the squad only arriving in Fiji two days prior to their opening match. But despite coming up trumps on the scoreboard he said there is still plenty of room for improvement.

"There was times when girls were saying: "It's alright considering we've only just been together two days". Even the first few days we still didn't know each other but I just had to stop them and say I'm actually sick of hearing that as an excuse," he said. "We had our assistant coach Cynthia Ta'ala, who was the Manusina captain when they qualified for the World Cup, so she shared a story from when they were in the Manusina team when Peter Fatialofa was coaching.

"They jumped on a plane to Spain, they had to play Italy and all they needed was one bonus point (to qualify for the World Cup) and they arrived, trained and played the next day. They were down 60-something points to zero and in the last 20 minutes they ended up scoring four tries to get the bonus point, which gave them the one bonus point to go to the Rugby World Cup in 2014. So we talked (in camp) about, hey, you're lucky you've had two days compared to previous campaigns."

The Manusina blooded 12 new caps over the past week, adding to the 23 players who made their international debut last November. With the 2019 Oceania Championship doubling as a Women's Rugby World Cup qualifier, Ramsey Tomokino said it was encouraging to have a bit more experience and depth in the wider-squad.

"We've got a good core now and we wanted to run everybody, we wanted to give everyone some gametime," he said. "As much as you shouldn't really be trying to find players in test-mode you've got no choice really because we don't have any other option to view players.

"For some of them they've had five test caps and had four wins so it's quite a unique and big deal for them when you think about it. Our most test capped player was 12 over a number of years whereas now we've got players that have played five and by the time November comes round they will have played nine in the space of 12 months, which is something that hasn't happened for a very long time."

"It's a World Cup qualifier and the team that wins that goes through. I'm sure Fiji will go away and work just as hard as what we are going to try and work as well so it's going to be a lot tougher, so we've just got to build everything towards there."