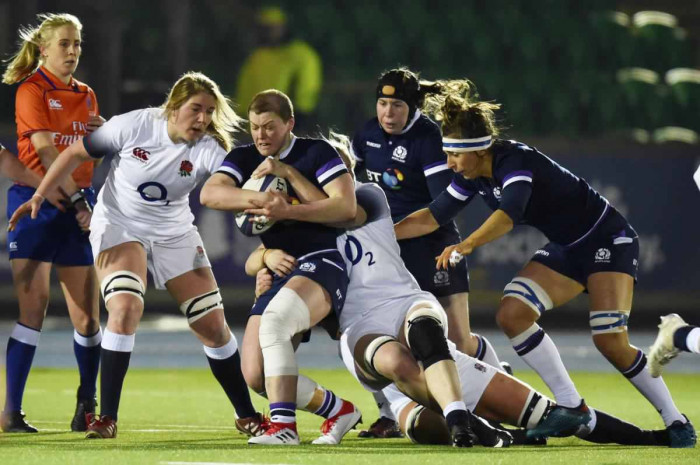 Rollie, who scored three tries in this year’s Women’s Six Nations, continues her playing career at LMRCV and is joined in Lille by Scotland  captain, Lisa Martin.

Helen Nelson, who scored in the historic away win over Ireland, will also play in the French Top 8 league for Montpellier.

Centre Lisa Thomson will also return to the UK following a year in France, playing for DMP Sharks, and loose forward Sarah Bonar continues with her club, Loughborough Lightning.

As home-based players, Kennedy and Skeldon will continue to receive support from the BT Sport Scottish Rugby Academy alongside Thomson who will be studying in Scotland while playing for DMP Sharks.

Megan Kennedy said: “It’s a dream come true. The opportunity to focus on rugby while still developing my education is enormous for me.

“I’m very excited for the season ahead there are a lot of new and exciting challenges to look forward to.

Sarah Law, one of last year’s contracted players, will continue to receive support from the BT Sport Scottish Rugby Academy as she recovers from injury.

All 2021 contracts will be reviewed on an annual basis.