In the end the result was predictable, but still plenty of drama on and off the field. 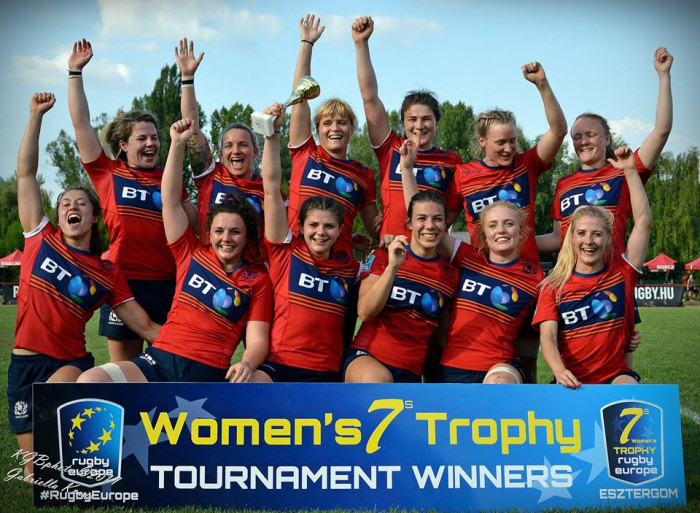 One of the biggest stories in the second leg of the European Trophy happened before the start, when the team from Moldova – one of the key teams in the relegation battle – failed to appear, apparently due to problems at the Moldovan Rugby Union.

Their non-appearance resulted in all of their games being recorded as 0-25 (5-try) defeats, which is standard practice, but – as Israel were to discover – it is “penalty” that can impact harshly on other teams too.

Scotland and the Czech Republic swept through Pool A with little resistance from Finland and Malta. The Finns did manage a couple of scores against the Czechs, but that aside this was a pool of big, one-sided wins as Scotland ran up 124 unanswered points.

The truncated Pool C was similarly one-sided with Ukraine dismissing Latvia and Romania easily, while Romania had few problems seeing off the Latvians to join them in the quarter-finals.

Germany also pass the hundred in Pool B, but here the surprise was home team Hungary – who had done so well in the first leg – now struggled, drawing with Switzerland, being well-beaten 25-14 by Israel, and then hammered 53-5 by Germany in the day’s biggest score. The Swiss won the decisive game with Israel.

It was at this point the absence of the Moldovans kicked in when, despite not winning a game, Latvia were placed in the quarter-finals ahead of the Israelis after being awarded a 25-0 “no-show win” over Moldova, which also reduced their points difference below Israel’s. However, as the best team in the Challenge, Israel were granted a direct route to the Challenge final, with a minimum of three series points, which would be just enough to ensure their safety from relegation.

The relegation question was therefore answered before the start of the second day, with Malta joining Moldova in the drop.

On day two a huge shock was narrowly avoided by Germany, after Finland came back from 10-0 down to 15-14 in the final minute, before a mistimed pass allowed Germany to regain possession and see out the match.  The same four teams from the first leg reached the semi-finals.

And with the same outcome. Scotland will be disappointed to concede a try right at the end, but otherwise were far too strong for their opponents throughout the series. Germany will join them in the Grand Prix next year, and will be particularly delighted perhaps that they now rank higher in sevens than Dutch rivals.

Ukraine miss out, but will be in the running again next year – and are, on this form, the only team likely to prevent Sweden or Netherlands (just relegated from the Grand Prix) returning to the top as there is a significant gap growing between the leading teams and rest of the section.