Scotland have qualified for the World Cup – and will appear in the finals for the first time since 2010, recording their biggest win since 2009. 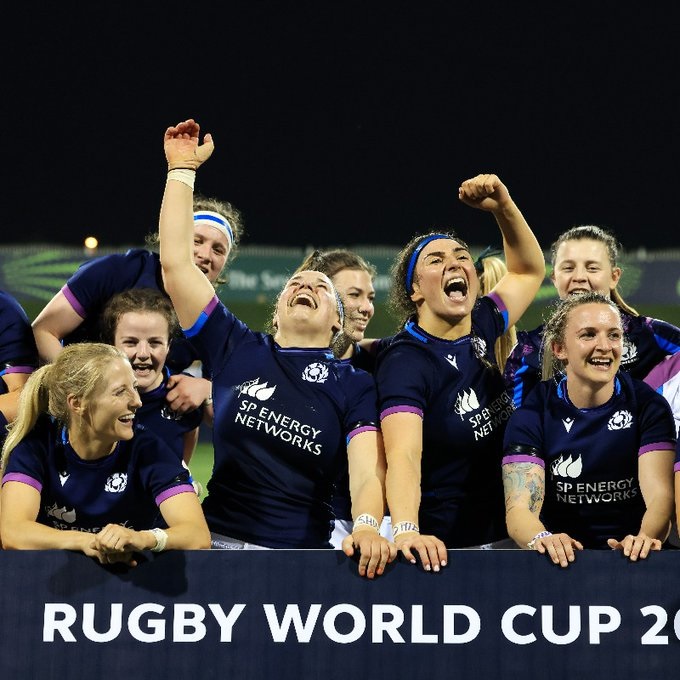 Scotland lived up to expectations and put in a dominant performance to beat Colombia 59-3 this afternoon (25th February) in Dubai.

With most of the possession, and almost all of the play at the Colombian end, Scotland were on top from start to finish, go ahead in with a first minute penalty from Sarah Law. She doubled the score in the sixth minute before Lisa Thomson finally crossed the line for the first try.

Megan Gaffney, Rhona Lloyd and Sarah Law herself were to follow with more first-half tries with Scotland going in 28-3 ahead. Colombia's points came from a Maria Arzuaga penalty late in the first half.

However, it would have been more but for the defence of a well-organised Colombian team who never took a step backwards.

The pattern continued in the second half. Gaffney touched down again soon after the interval, and was followed by Jade Konkel, Lana Skeldon, Evie Wills and Molly Wright.

Scotland will now join Pool A at the World Cup in October where they will meet New Zealand, Wales, and Australia.