Scotland on the way up

Scotland should confirm their return to the top level of European sevens this weekend, though who will join them in next year’s Grand Prix is much more open. 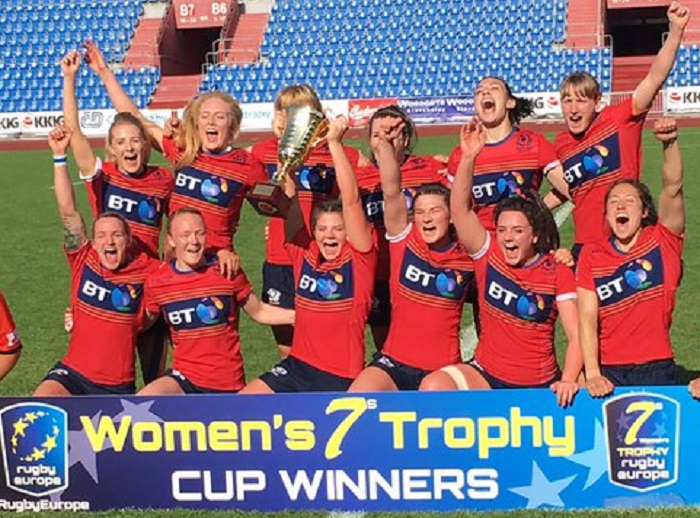 The SRU’s injection of resources into their women’s sevens team bore fruit in the first leg last month where the Scots – who missed out to Poland and Sweden last season - swept all before them, conceding just a single score all weekend while racking up 42 tries in their six games with Rhona Lloyd, on her debut, running in 12 tries on her own.

Coach Scott Wight has even been able to name the same squad, adding: “Last time we took three un-capped players, who did really well, among the more experienced players with all 12 proving they are strong enough to start. I think the balance was right in terms of experience and the combinations complemented each other which is why I’ve gone for a settled selection.

Who will join Scotland is rather less clear, though it will almost certainly be either Germany or Ukraine – with first leg finalists Germany holding the advantage as they managed to avoid Scotland last time around. If both win their pools (which seems likely, despite the good performances put in by Romania and Hungary last time around) they would meet in the semi-finals, where a Ukrainian win would mean that promotion would come down to points difference over both legs. Ukraine do go into this with a 45 point advantage there, but that could easily disappear over six games.

As well as promotion, the Trophy also has the question of relegation, and here it will come down to Malta, Israel, Latvia and Moldova. Malta were heavily outclassed last time around and seem likely to drop back down to the Conference, but there was the proverbial piece of tissue paper between the other three, with the matches where they came head-to-head all coming down to single score wins. The Israelis were certainly disappointed with their losses to the Moldovans and are confident that they can put things right this time. It is likely that the same four teams will be playing in the decisive Challenge on Sunday, with the draw for the semi-finals being crucial.

Scores and a live stream should be available from here.