Scots too strong in Euro Trophy

Scotland are on their way back to the European Sevens Grand Prix. Technically there is another round to go next month, but so far ahead of their opponents were Scotland this weekend that it seems inconceivable that they should miss out again this year. 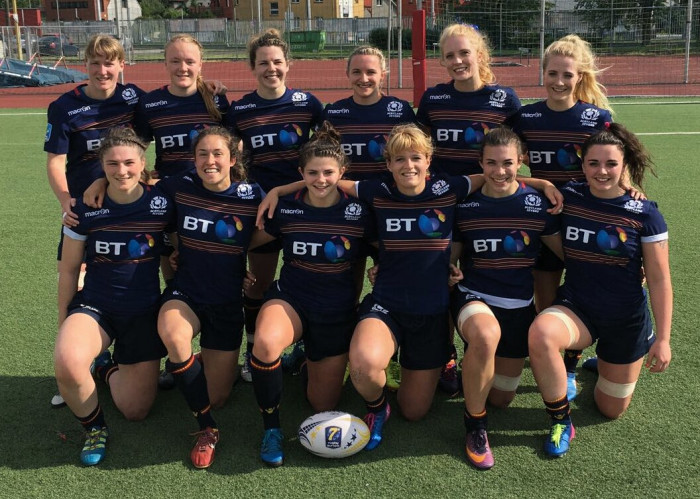 After Scotland’s Six Nations performance, their performance in Ostrava this weekend is yet another example of what can be achieved now that their players and coaching staff have the full backing of the SRU.

After scoring 128 unanswered points in the pool phase on Saturday, Scotland rattled up 118 more on Sunday with just one try conceded, against Ukraine in the semi-final. The final saw Scotland overwhelm a good German team – who they had lost to last year - 46-0, having won their pool game the day before 36-0.

Who will join Scotland in the 2018 Grand Prix is rather harder to say. Germany are probably the narrow favourites, not least as they were runners-up here, but Germany avoided their greatest rivals for promotion - Ukraine - over the weekend. Ukraine finished third, which means that the teams should meet in the semi-finals next time around, which will be very interesting.

The only team that demonstrated that they might break up this trio was the weekend’s surprise team, Romania. After slipping up against the Czechs in their opening game, the Romanians found another gear, coming close to beating Ukraine in the final pool game before upsetting the highly fancied Finns in the quarter-finals and then giving Germany a bit of a fright in the semis. Winning promotion from a fourth place in the first leg would be tough, but if Germany and Ukraine slip up in July Romania could find a way though.

Elsewhere Finland had a good opening day, but compounded the loss to Romania by losing to the Czechs in Day Two, finishing seventh – a disappointing outcome that ends any realistic hopes for promotion back to the Grand Prix.

Other teams who will be perhaps disappointed with their weekend will be the Swiss, who managed just one win over the weekend, and Israel, who found themselves in a nightmare pool with both eventual finalists and the Challenge trophy winners, Moldova. In fact they very nearly beat Moldova in the pool one Day One – only to meet them again in the Challenge semi-finals. Even so they finished on a high by showing how strong they can be with a 39-0 win over Malta in the 11th place game, so all is far from lost for the Israelis as they should get a far more balanced draw for the second leg.

Teams leaving Ostrava with more smiles on their faces are likely to include Hungary, who will be delighted with their fifth place, despite being thumped by Scotland (as everyone was) – and could have finished even better as they very nearly beat the Finns in their pool; and recently promoted Latvians will be pleased with their 10th place, which also came close to being even better.

The next round will be in Esztergom (Hungary) on 22-23 July. The probable pools will be: