We look ahead to the semifinals of this weekend's World Cup. 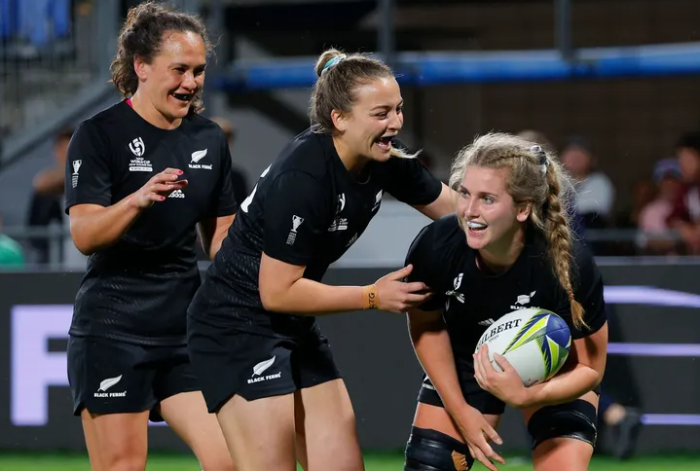 England have a special relationship with Canada. There is no team outside Europe that they have they played more often, and there is no team – other than New Zealand and France – who have beaten them more often.

However, Canada have never beaten England outside North America, and their last win in the fixture was over six years ago. Since then, England have won eight games on the bounce by an average margin of 31 points.

And form and odds suggest that this will be the result again this weekend.

England, with their 29-game unbeaten run, go into the game with two changes from their 41-5 win against Australia, wing Claudia MacDonald returns after injury and Hannah Botterman starts at prop.

England’s ability to select a largely unchanged team is a bonus – as Simon Middleton said after announcing his team, “continuity is an important factor in team selection”.

“‘Canada are an opponent we know well”, he added, “with great pedigree and history in the women’s game. We know they are a strong side. We respect all they bring but are focused on our own performance.’”

The game also highlights the big difference between the full-time professional England team, with the Canadian being proud to be the only ‘amateur’ team in the final four”, although even that is an advance for the Canadians – the last time the two teams met in a World Cup the Canadians were still in the “pay to play” era, not only not being paid but also having to meet most of their own costs - something that did not end until 2016.

Canada are here having quietly but relentlessly moved through the tournament to date, including two wins against their regional rivals, the USA, with the second one, in last week’s quarter-finals, being significantly better than the pool game the week before. Canada have the feel of a team gradually going through the gears to time their best effort for when it is needed most.

Even so, they are significant outsiders for the game with reports of 33-1 being offered for a Canadian win, which is remarkable for the third ranked team in the world in a semi-final.

But coach, Kevin Rouet, believes in his team. “If we get success in the scrum, the maul and kicking battle, that’s where we could just make them think ‘Oh, it won’t be an easy day,'” he said this week. “Because that’s how they win games against every team. Not being very creative but just being very strong in those three areas.”

“It’s of course a big step up in competition this week but we’re excited for that challenge. We’ve focused this week on the areas we can improve, and I think we’ve been getting better each week, so our mindset doesn’t change. The players have sacrificed a lot to be here, there’s a job to do on Saturday and we’ll arrive at Eden Park ready to go.”

There are enormous similarities in the style of the two teams who base their game around powerful play up front.

Opta Stats tell us that England (9) and Canada (5) have scored more maul tries than the other sides combined (6) and that Canada have averaged more metres gained per maul (5.4) than any other side, ahead of England who rank 2nd (4.7).

The battle there is worth getting up early for alone.

New Zealand vs France has been a mouth-watering prospect for a semi-final ever since the draw was made over two years ago.

The teams have met just nine times – officially – since 1996, the first five games going to the Ferns, but the most recent four all to Les Bleus. And there is also the “third place” game at the 1991 World Cup which New Zealand have always refused to accept, but France awarded caps for (France won 3-0), so maybe the score is 5-5?

France have reached this stage in almost every World Cup but have never managed to go one step further. Can they at last reach their first final?

The great news for them is that Romane Ménager returns at number 8, which means that Charlotte Escudero moves to the back row in place of Marjorie Mayans, who starts on the bench. Safi N’Diaye also collects her 90th cap in her third semi-final, taking her to just two behind Laëtitia Salles, France’s most capped player.

Coach Thomas Darracq said: “As always, it's a selection that adapts to the opponent, based on what we have seen in New Zealand's game and players who are in form at the moment. It's about this alchemy and getting in shape to oppose a New Zealand team, which is going to be a discovery as we do not have the impression that they have encountered much opposition so far.”

Darracq perhaps has a point as the Black Ferns have had a very good draw and, aside from the opening 40 minutes with Australia, have not been troubled, whereas France had bruising encounter with England along the way.

The Ferns will be fielding the World Cup’s new highest ever try scorer in Portia Woodman, and the always impressive Rubi Tui, who this week switches wings. Renee Holmes also starts at 15, Ayesha Leti-I’iga moving to the bench. “Renee is a specialist 15 and has been playing well there for us, we also see Ayesha as an incredible impact player so we know she will come on and make a difference in the game,” explained coach Wayne Smith.

Twelve players in the team were in the side that performed so disappointingly in France last year, but a lot has happened since. The question is, has it been enough?

“It’s going to take our best game of the season to win. We’ve had a lot of catching up to do this year so to win on Saturday, our players will have to manage the pressure and play the game with courage. It’s a real privilege to be playing in a World Cup, at Eden Park, so we need to be excited about that, not overwhelmed,” said Smith.