The shape of things to come

After the longest break in play since 1983, women’s test rugby is about to return. We take a look at what we have to look forward to over the next few months 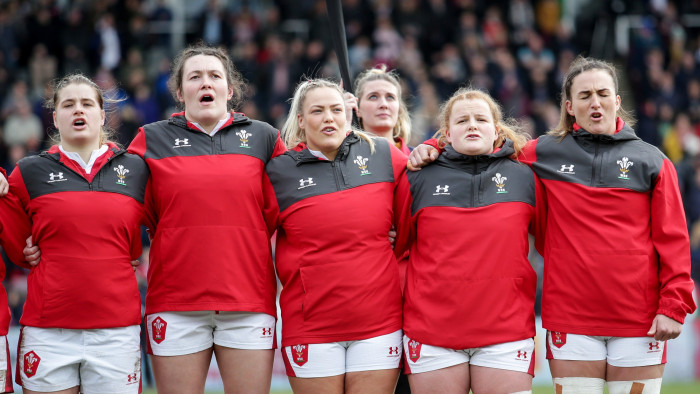 Quick quiz question. What and when was the last women’s rugby test match?

But now – after the longest break since 1983 – women’s test rugby is about to return with at least 13 test matches planned in Europe over seven weekends between 25th October and 20th December, plus at least one more in New Zealand.

Six Women’s Six Nations games remain to be played, though in practice only three of them will determine the winner of the Championship. France currently lie eight points behind England, but have a game in hand.

If France can beat Scotland on the 25th October (KO 14:05 GMT) and then Ireland a week later on 1st November (KO 13:30 GMT) they will at least tie with England at the top and given bonus points would go to the top of the table – for at least a few hours.

This should set up an interesting climax to the Championship as England will kick-off at 17:00 in Parma, likely knowing that they will need at least a draw to win the title.

Ireland also play Italy on the 25th, and Wales play Scotland on the 1st – possibly with the fate of the Wooden Spoon in the balance.

We will have to wait over a month before the final game of the Championship is played between Italy and Scotland – an otherwise “dead rubber” that is now arguably more important than any other game in the 2020 Six Nations. For the reason why that should be, read on.

Running in parallel to the final two weekends of the Six Nations will be the final two games of the European Championship. Both involve Spain and will be played in Spain.

In the first one, on 24th November, Spain will play Russia in Elche. As Russia beat the Netherlands back in March a win here would give the Russians their first European XVs title – and a place in European World Cup qualifiers.

Should Spain beat Russia the title will be decided a week later when they meet the Netherlands, also in Elche.

Next up, England will meet France in two test matches on 14th and 21st November, first in France and then in England, at Twickenham.

Also scheduled for November, but on a date to be confirmed, Samoa will meet Tonga in New Zealand for a place in the World Cup repechage tournament. [Update:  The game will now take place on 14th November in Auckland, with both teams restricted to selecting only New Zealand-based players].

The Six Nations match between Italy and Scotland on 6th December (mentioned above) will also now be the first match in a three week tournament to decide the fourth European team to qualify for the World Cup (joining England, Wales and France), and which team will have to try again in the World Repechage.

On the same day the winner of the European Championship will host Ireland.

On 13th December the second round will see Scotland hosting Ireland, and the European champions travelling to Italy.

Then on 20th December Ireland will play Italy and the European champions will play Scotland.

World Cup Repechage: Venue and dates to be confirmed

* The largest European Trophy tournament for a decade – rumoured participants include Belgium, Czechia, Finland, Germany, Switzerland and perhaps Sweden.
* The second (and largest ever) Africa Cup
* The test debut of Argentina – and therefore potentially a South American Championship, also including Brazil and Colombia.

From 17th September 2021 the World Cup in New Zealand.