Six Nations: Prep steps up ahead of tournament opener

We look at how each side is shaping up for the upcoming Women's Six Nations ahead of the tournament's kick off this weekend. 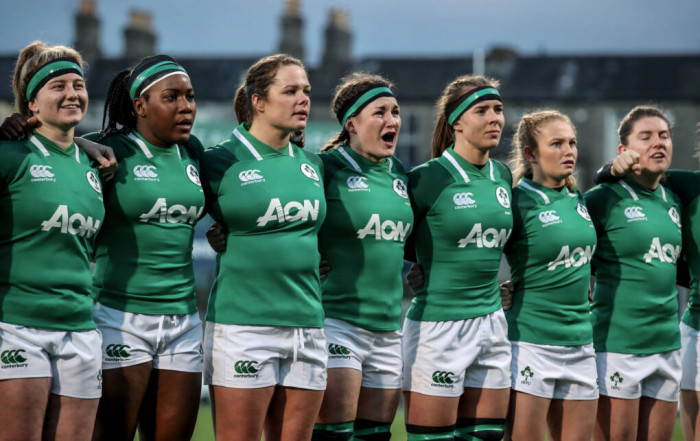 The team to beat in this year's tournament. The reigning champions, who have now been fully professional for a year, had a very strong 2019, with 11 wins in 13 games.

They have to start the tournament the hard way though, when they travel to Pau to face France, but win that, and it's impossible to see beyond them for the title.

Blessed with pace and talent all over the field, England are obviously a superb all round team, who can mix power and grunt up front with flair and speed throughthe middle - although the losses to New Zealand and France last year are a reminder that they are not the finished article.

Just 18 months or so out from the next World Cup, they will be seeking to make the improvements needed so that they go there with a rounded squad capable of taking the title away from New Zealand in the own back yard.

With that in mind, Simon Middleton's selections in key positions where England have huge experience but perhaps need more depth, like fly-half and fullback, will be worth a watch over this tournament and given the full year of professionalism behind them - something that was in its infancy at the start of last year's campaign, their strength and conditioning, particularly late in games, should be telling.

With Jess Breach scoring tries for fun at Harlequins and World Player of the Year Emily Scarratt pulling the strings in the middle, England have the potential to really punish teams who can't live with the pace they can put on the game. They are without Marlie Packer for the tournament, who is injured, and they have Harriet Millar-Mills back in the fold after a lengthy spell out, but otherwise this England squad looks in great shape.

From losing to Italy, to beating New Zealand, France gave their fans the full mixed bag of emotions in 2019 and will be hoping for much more consistency in 2020.

Hosting England first could be a blessing for Annick Hayraud's team, with the two losses to England in the Autumn freshest motivation in their minds and knowing they have a good record at home against the champions. The loss at Exeter will have stung in particular, with France looking good for the win only to leak a try in the last minutes of the match.

There are no prizes for guessing that in that opening game, the battle of the pack will be where the match is won or lost with France naming huge experience in their forwards with the likes of Safi N'Diaye, Lise Arricastre, Gaelle Hermet, Romane Menager and Coumba Diallo mainstays and forming the core of everything the French do well up front.
France didn't play a warm-up game to the tournament but spent a week instead in Spain for a training camp earlier this month. After an up and down 2019, France will know that if they can get off to a good start at home, they could well be on course for a first tournament win since 2016.

After their outstanding 6 Nations last year, finishing in the top two for the first time ever, Italy went on to have a more disappointing Autumn, and will be without the experienced Manuela Furlan, who has also been their captain.

Elisa Giordano will take over the captaincy in her place and head coach Andrea Di Giandomenico has named a 30-strong squad, which includes the previously uncapped duo of Silvia Arpano and Vittoria Ostuni Minuzzi.

An away clash with Wales provides the opening test for Italy on Sunday, February 2 and Di Giandomenico believes his squad are primed to make an impact in this year’s Championship.

“We have a group made up of experienced and young players who want to establish themselves in the Italian and international rugby scene,” he said.

“We work constantly to improve and to be ready for the first game against Wales. We have several players with good leadership who are able to support the team.”

Sara Barratin could end this year surpassing the 100 cap mark - the brilliant scrum-half goes into the year on 91. Expect her to play every game in this tournament and to have a huge infuence.

There has been some upheaval in the Welsh camp off the field in recent months with Rowland Phillips taking some time away from his role as head coach and then curiously two of Wales most capped players Carys Phillips and Sioned Harries, who each have over 50 caps, failing to make the squad. Whatever is going on, the new look coaching outfit will hope it doesn't impact on the field as Wales have been on the up.

Former Worcester prop Chris Horsman alongside Geraint Lewis and Gareth Wyatt have taken over and after a good Autumn with wins over both Ireland and Scotland, Horsman believe his side go into the Championship with great confidence. Wales also played Ireland in a training game in a warm-up,   losing  22-12.

“We are pleased with the progress made during the autumn campaign, both in terms of creating fitness benchmarks and raising our performance standards. We made clear improvements in November and the togetherness shown was obvious throughout the month,” the former men’s Worcester Warrior prop said.

“Everyone named has earned their place in the squad but they have a chance now to step up and raise their performance standards to the next level.

Siwan Lillicrap will continue as captain of the Welsh side, who will be looking to improve on their two victories in last year’s competition this time around.

Ireland had a poor 2019 tournament, managing just one win to finish ffith and secure their worst 6 Nations table position in 13 years.

In the Autumn they then lost to Wales again, so it will be some source of relief to coach Adam Griggs that his side beat the same opposition in a training game last weekend and surely pleasing too that the fixtures are kind to his team - with two home games against Scotland and Wales to kick things off.

Ireland name five uncapped players in their overall squad: Claire Keohane, Dorothy Wall, Grace Miller, Katie O’Dwyer and Shannon Tuohey while former Sevens player Aoife Doyle makes her return to the set-up after last appearing in the 2015 Women’s Six Nations where she got three caps coming off the bench.

Irish Sevens Internationals, Katie Fitzhenry, Hannah Tyrrell, Claire Boles, Laura Sheehan and Dorothy Wall have also been named in the squad. Griggs cut the squad to 26 for the Wales game and will surely look to use more new faces this year to help build depth in the lead up to World Cup qualification pathways.

Scotland delivered a boost to their 2020 prospects with a fine win over Spain earlier this month- a team who are likely to be one of their key opponents in the World Cup qualifiers to come later this year.

The Scots failed to win a game in last year's 6 Nations, though ought to have beaten Wales having conceded a last ditch score. A series victory in South Africa in the summer will have counted as a positive while they went on to lose two Autumn games - to Wales and then to Japan, the latter again via a last minute try, to end 2019 disappointingly.

The team are in reality still building under coach Philip Doyle and they will largely be focused on the challenge to come later in 2020 of the World Cup qualifiers.

If fit, Scotland have the spine of what looks like a side capable of faring much better this season with Lana Skeldon at hooker and Jade Konkel at No 8 and the likes of Hannah Smith and Lisa Thomson in the centre. Chloe Rollie, if injury free, is also a significant threat for the Scots out wide.

There are five new faces in the squad and Doyle has professed delight too that captain Rachel Malcolm has returned from injury.