England and France are favourites to meet to meet in the 'final' as we look ahead to an unusual women's Six Nations. 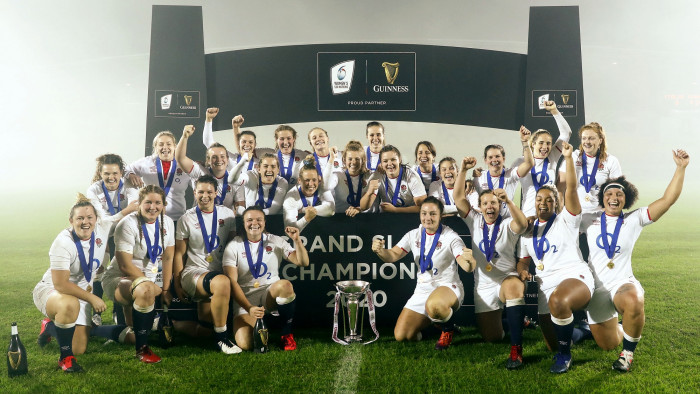 The lead up to the 2021 Women's Six Nations has been highly illustrative of the challenges faced by women's rugby - and women's sport in general.

Despite the postponement of the World Cup some weeks ago, the 2021 Six Nations remains in a truncated form despite the original rationale - the need to fit in World Cup qualifiers - being no longer relevant.

In addition, the final venue and kick-off times were not announced until less than two weeks before the competition was due to begin.

It is impossible to imagine that the same would have happened in any men's international competition under any circumstances.

However, from adversity the tournament has gained a slot of its own in the calendar, which means - for the first time in some years - no fixture clashes. What's more, games will take place at peak viewing times on Saturdays, with the final live on the BBC in the UK.

It can only be hoped that in 2022 the Six Nations we be able to retain this place in the calendar, but return to the traditional five-game format that the majority of teams prefer.

England are the team to beat, going into the competition as the reigning champions and having beaten France twice in the Autumn.

As the only full-time professional team in the competition, England are well used to this position but perhaps they go into this year’s competition in a more superior place than normal given the high-level game-time their players have had in the Allianz Premier 15s and their ability to train together consistently throughout a period of massive disruption for most of their opponents.

Sarah Hunter returning as captain after a long lay-off is welcome news for Simon Middleton, as his team adjusts to the retirement of the long-serving Katy Daley-Mclean. Though England were as dismayed a team as any at the postponement of the World Cup, the extra year does give Middleton time to find a permanent replacement for Daley-Mclean – the backbone of the team and a key decision-maker for well over a decade.

The battle looks set to be an exciting one, with a number of in-form players putting their hand up. Meg Jones and Helena Rowland look front-runners with Zoe Harrison also in a strong position, and Middleton may well look to form a 10-12 combination involving two of those three, with Elia Green of Harlequins also in the mix.

Though England are missing key players like Sarah Bern and Natasha Hunt through injury, if the form of players like Shaunagh Brown, Abby Dow and Poppy Cleall can transfer from club to country, they will be very hard to beat when they inevitably get to the final, for it is unlikely that Scotland and Italy – their pool opponents, will cause them any trouble.

The shortened Six Nations this year deprives Italy of possibly their most anticipated – certainly their most successful - fixture. Italy have beaten France in three out of their last four home fixtures, but this year are unlikely to play their neighbours at all.

The draw also works against them as, after sitting out the opening week, Italy must play three back-to-back games – something that would not normally happen in the Six Nations.

Realistically they will be playing in the third-place game, though their second game against Scotland will be an interesting clash given that they are due to play them again in a World Cup qualifier at some time, probably later this year. Neither side will want to give too much away, making the game all the more unpredictable

Coach Andrea Di Giandomenico has announced the squad of thirty players for a final training camp in Parma last weekend with four uncapped players in an otherwise very experienced squad.

However it is a sign of the times that even this carefully controlled bubble could not prevent at least one positive COVID test resulting in training being shut down for a period -  though with an extra week to prepare this should not provde as disruptive as it might otherwise have been.

Scotland suffered more than anyone from postponements in last year’s championship, completing only three games, but will be looking to build on the confidence gainded from their draw with France.

In practice, the Six Nations will only be secondary importance compared to their World Cup qualifier against Italy later this year. Scotland have sat out the last two World Cup, so that must be their priority for the year.

The fact that the pool draw sees them take on the Italians in this competition as well will be potentially valuable. In addition, a win against Italy would allow Scotland to compete for third place in the tournament, a position they have not achieved since 2005.

A squad of 31 players has been selected with four uncapped players - Evie Gallagher, Shona Campbell, Coreen Grant and Evie Wills -and Elizabeth Musgrove and Jenny Maxwell returning from injury. However Jade Konkel is missing as for the time being she wishes to concentrate on her career as a firefighter and she is a huge loss.

"We are very much looking forward to the return of Test rugby and I'm really pleased for the players that they will be back on the pitch after a turbulent few months," said head coach Bryan Easson. "I've been really encouraged by the squad's attitude and focus in our recent training weekends and the upcoming tournament provides a great opportunity to showcase all of our hard work."

The postponement of the World Cup has allowed France to concentrate on 7s this year. With the 7s squad in Dubai for two Olympic preparation tournaments in advance of the qualifier, the Six Nations is taking something of a back seat. None of the players in the 7s squad are available for the tournament, meaning that France will be shorn of several big names such as Ian Jason, Romane Menager, and Carla Neisen

But that has given several young players a chance make names for themselves and the squad they do have means that France go into the Six Nations as clear favourites to win their pool, and with the potential to match their men’s team and regain third place in the World Rankings.

They may also be quietly happy that they miss out on a visit to Italy, given their recent record - the crucial game now being the visit to Dublin in the third round of matches.

France have won on four of their last five visits - two years ago won by a margin of 30 points – so should expect to win comfortably, even with the slightly weakened squad. However, it has the potential to be the exactly the sort of banana skin that France has slipped up on in the past - in 2020 (against Scotland), 2019, 2015 & 2013 (against Italy) - and 2017 (against Ireland), for example.

France have ambitions to be one of the top three teams in the world and often rise to put in great performances against England and New Zealand, but their repeated failure to win matches against lower ranked teams is something they have to get past - not least because it has the potential to derail their World Cup ambitions next year. This year's Six Nations will be a good test.

France have also benefitted from managing to keep their domestic league going - though postponements and match rearrangements have been many - with Jesy Tremouliere, Cyrelle Banet, Marine Menager and Lenaig Corson in particularly good form.

What Ireland have lacked in games they have attempted to make up for with training camps, with Adam Griggs and his team coming together around 20 times since training was allowed to restart.

Ireland did get a game in in the Autumn, beating Italy and welcoming back Claire Molloy after a sabbatical and the former Irish captain will be key again in their games, as she returned with a player of the match display that day, and brings with her both form from the Allianz Premier 15s and massive experience.

Opportunities have been more limited for the vast majority of the rest of the squad, and Griggs has perhaps taken advantage of the fact that there is so little international 7s on the horizon with numerous players from the Irish 7s squad named. Of those, how Amme Leigh Murphy Crowe fares will be fascinating given her abilities and undoubted skills.

Like England, Ireland are also continuing to explore flyhalf options with Hannah Tyrell with the shirt, but with likely challenges from newcomer Stacey Flood and up and comer Eve Higgins. Whoever plays there, an ability to move the ball and get the likes of Beibhinn Parsons involved will be key.

Having a bye week first could be a blessing or a curse, and when Ireland face Wales, they'll also be facing former teammate Sophie Spence, who is coaching in the Welsh set-up now and will be full of thoughts and advice for her new charges about what to expect from Ireland.

When Warren Abrahams took over as head coach, Wales would have been hoping that their challenges on the field was all there was to talk about, but Wales start this campaign amid the surprise news that skills coach and former national captain Rachel Taylor has quit her position, with no reason forthcoming.

If it doesn’t unsettle his squad, it does pose questions about the situation behind the scenes in the women’s game in Wales, with former head coach Rowland Phillips also disappearing in mysterious circumstances last year.

Siwan Lillicrap is back as captain, with Abrahams able to call back a number of experienced players like Caryl Thomas and Shona Powell-Hughes, while there is a large contingent from Allianz Premier 15s side Bristol. Scrum-half Keira Bevan also returns after a long-term injury.

Wales have not played in a year and facing France first will be a tough ask away from home, though the Ireland game should be a much better indication of where they are at after such a long break. 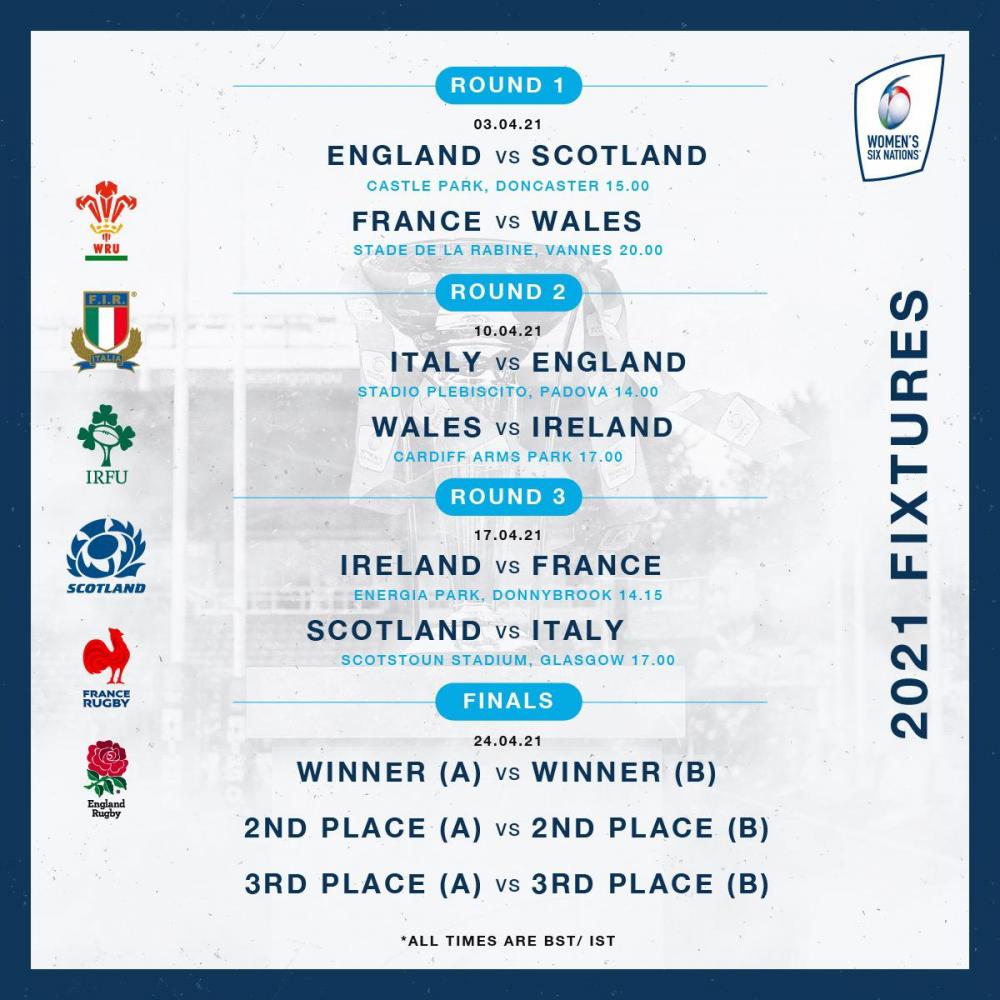