We look ahead at how the teams are shaping up for this year's women's Six Nations. 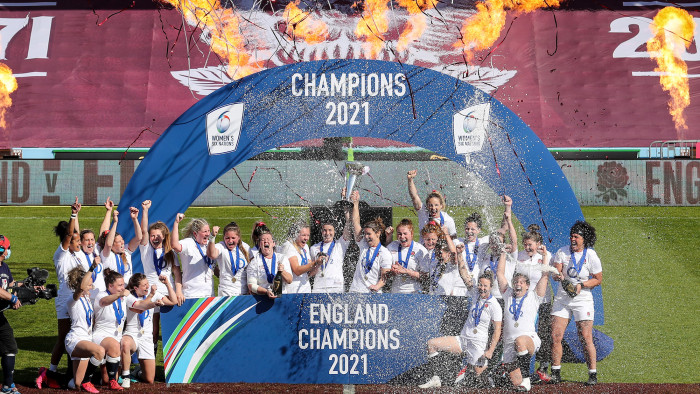 Injury means the absence of Caroline Boujard and Safi N’Diaye  for the first three games at least, but France have still selected a strong squad for their games against Italy, Ireland and Scotland, with several new faces looking to win a place on the plane to New Zealand.

Arguably the second best team in the world – following their two wins against the Black Ferns in the Autumn – France should meet England for the title in the final weekend.

Coach Annick Hayraud has been working hard in recent years to eliminate the team’s legendary unpredictability, and the opening game against Italy will be a very good test of that.

France follow that with a second home game against Ireland before they face two away trips, including a return to Scotland where they will be looking to dismiss the memories of their 13-13 draw when they last visited.

Historically, even numbered years have favoured France - all but one of their titles have come in such years.

The France squad is here

After winning the European World Cup qualifier, Italy will be full of confidence despite the lack of games since that tournament. No Autumn Internationals were arranged for the Italians, and a pre-Six Nations game against Spain last month was also cancelled due to Covid concerns.

Even so, the squad is one of the most experienced Italy have selected with nine players holding more than 40 caps each, including captain Manuela Furlan (81), and the country’s most capped players Sara Barattin (101). The squad includes five  uncapped players: Francesca Barro, Alessia Margotti, Emma Stevanin; Alessandra Frangipani, Emanuela Stecca and Francesca Granzotto.

Opening with France and then England will be tough, with Ireland following – a reminder of the only game Italy lost during last year’s qualifier.

Coach Andrea di Giandomenico sees the tournament as key to his World Cup preparations. “We will be able to offer playing opportunities to less experienced players and try some variations within our staff, to recover some athletes and see new ones in the context of competition.

We believe we have a competitive squad, aware of the commitment necessary to guarantee the high performance of the group for the entire duration of the event - he concludes: We have worked well to prepare for the many challenges of this season: the field, as always, will give us the answers.”

The Italy squad is here

Scotland come into the tournament on a high after qualifying for the first World Cup since 2010 only last month, and will be hoping to improve on their fifth place last season.

Rachael Malcolm returns as captain in a squad that includes just three uncapped players alongside the experience of Jade Konkel, Lana Skeldon, Sarah Law, Chloe Rollie and Lisa Thomson who have all earned 40 or more caps.

England first up will be a challenge, but also a marker to show how far they have come - last year saw they score two tries against England for the first time since 2015, and they will be looking to push the world number 1 even harder at home. Wales will follow in week two, before they welcome France hoping to match the heroics that saw them draw 13-13 in 2020.

In an interview with the BBC this week head coach Bryan Easson said that players in Scotland are now being given individually tailored support, including financial, depending on circumstances and those extra resources may well come in handy in a season which kicks off against defending champions England.

The Scotland squad is here

After a tumultuous few months following the publication of a letter signed by most of the national squad at the time, the return of on-field action will be much welcomed by fans and players in Ireland.

With new resources and investment for the game, including a new head coach in Greg McWilliams, Ireland will have an opportunity without the focus of the World Cup to try new players and new ideas this season and their squad has been chosen accordingly.

There are nine uncapped players in the wider squad and a new captain in Nichola Fryday following the retirement of Ciara Griffin and with their two toughest games away from home, the Irish will likely be targeting three home wins as a realistic return.

Their clash against Scotland will be particularly interesting, as while no one will be talking about revenge, the Irish players will surely feel they have something of a point to prove. With no sevens commitments clashing, Ireland will hold onto key players like Beibheann Parsons throughout too.

Ireland won their two Autumn tests, and though they were not at their best, they at least will take some winning momentum into their opening clash against Wales.

The Ireland squad is here

There is clearly no looking beyond England for this year’s title, even with their final match coming away in France. If the French want to win the title, they’re going to have to be at their absolute best because England look to have gone up several levels in the space of even a year.

Their performances against New Zealand last year were superb and Simon Middleton’s squad is reaping the benefits both of fulltime professional contracts, and the impressive standards across England’s top league, the Premier 15s, which is attracting players from all corners of the globe.

It’s clutching at straws somewhat to say that their great strength in depth might be their weakness  with squad rotation likely to be high throughout but they will want to arrive in France with settled combinations for that big crescendo.

The England squad is here

The progress of change in Wales has been meteoric in recent months, with the introduction of contracts handing 12 of the current squad more time together to prepare for the Six Nations and for a vital season leading up to the World Cup.

How quickly those contracts will make a difference to the Welsh performances on the field is the key question for supporters, but the changes alongside a new-look coaching set up, led by Ioan Cunningham, are enough to suggest that they that they can start looking down the table rather than up, as per last year when they ended bottom.

After wins over South Africa and Japan in the Autumn, there is momentum with the players and the squad includes a welcome return for Sioned Harries, who alongside Siwan Lillicrap will help form a formidable backrow. There are six uncapped players overall, including Lowri Norkett who followed in the footsteps of younger sister Elli, who was tragically killed in a car accident in 2017, in winning her first cap recently.

Their first game against Ireland should tell us a lot about where they are at.

The Wales squad is here