Team news from the opening round of the 2021 Women's Six Nations as we get it. 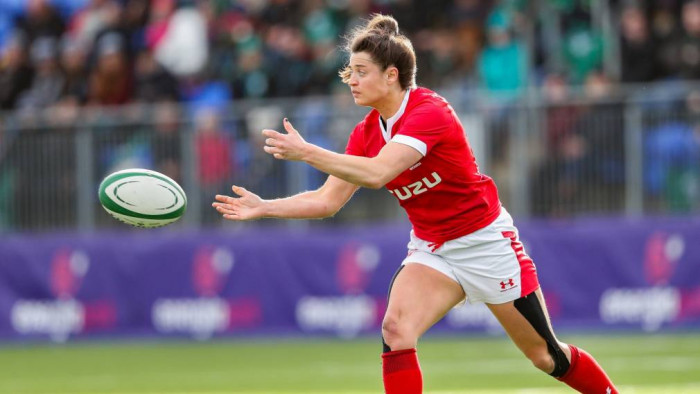 Emily Scarratt is handed the England captaincy for this one, with regular skipper Sarah Hunter still managing her comeback from injury.

Prop Bryony Cleall will win her second cap, making the starting line up alongside her sister Poppy, who starts at number 8.

Simon Middleton has gone for Helena Rowland in the number 10 shirt for just her third cap, with Meg Jones on the bench. BBC report that another player vying for that shirt, Zoe Harrison, has lost her place due to breaching Covid-19 protocols.

Wing Abby Dow misses the match due to personal reasons.

Middleton said: “We’re pleased to be able to welcome a number of players back from injury. It’s great to have Bryony back in the frame. It’s over two years since her debut and she’s been really unfortunate with injuries, however she’s continued to work hard on her rehab and return to play programme and deserves her opportunity.

“Similarly, Cath O’Donnell has been out for a long time. Cath brings a physicality and a go forward quality you need in international rugby and it’s great to see her back on the field.

“We’ve had a high quality week preparing in Doncaster and we are as ready as we can possibly be at this point to play.

Scotland name the same backline which took on France in October with Hannah Smith partnering Lisa Thomson in the centres, stand-off Helen Nelson and scrum-half Mairi McDonald returning and full-back Chloe Rollie lining up with wingers Rachel Shankland and Megan Gaffney in the back-three.

In the front-row, hooker Lana Skeldon will pack down alongside Leah Bartlett and Christine Belisle, while Emma Wassell will link up with Louise McMillan in the second-row.Captain Rachel Malcolm joins Rachel McLachlan and Siobhan Cattigan in the back-row to form the remainder of the pack.

Coach Brian Easson said: “It’s been tough to select the team this week which has been a real positive as it shows there is good strength in depth within this squad.

“The team that will take to the field on Saturday has an exciting blend of youth and experience. We have several players that have been involved in a number of Six Nations championships now, but we also have a lot of young and upcoming talent that are pushing for places in the team.

Exeter scrum-half Megan Davies, who has been called up to the Six Nations squad to replace Keira Bevan, who has been ruled out with a leg injury, will also make her international debut if she comes off the bench..

Abrahams said, “We’re excited to get on the pitch and show what we can do. The team is selected on form following some impressive performances in the Allianz Premier 15s. Jess gives us a great platform to execute our gameplan at scrum-half, while Donna and Teleri have really impressed for their clubs and in training too.

“We have had some disappointment in terms of injuries to the likes of Keira Bevan and Kayleigh Powell in the backs but that also gives other players opportunities. Meg Davies has impressed with Exeter and is ready to take her opportunity. I’m sure full back isn’t Robyn’s preferred position but it’s something she’s prepared to do for the team.

“That is key – the team comes first. Whether you are starting, on the bench, or in the wider squad, every player knows what they need to do to ensure the team is in the best possible place for those 80 minutes.”

France have chosen a starting XV featuring some of their less experienced players, while keeping a bench full of experience. That said almost all of the starting XV have test experience, the only exception being full-back Émilie Boulard (who, much to the delighted of commentators, will be playing alongside wing Caroline Boujard).

Boulard has worn the blue of France before - she was in the national university 7s team at the world championship in 2019.

Elsewhere there are some familiar names from last autumn, including Émeline Gros starting at No 8, as she did against England, Maëlle Filopon also starts again at centre, and Morgane Peyronnet who moves to fly-hlf having played inside centre against Scotland.

Some leading names from the wider training squad are missing, however, including such as Caroline Thomas, Cyrielle Banet, Julie Annerry and Lénaig Corson

“We made our choices based on performance and the work done since the start of the week", says coach Annick Hayraud. "We wanted to have a mixed team that combines youth and experience. We will face Wales with an average age of 26 and 25 caps. It's a good balance! We have players who are back in great shape after injuriesand are happy to be able to give them some playing time. It’s also the time for Emilie Boulard to move up to international level. We have a little more time ahead of us with the postponement of the World Cup and not playing next weekend but we want to give the whole group a chance. "