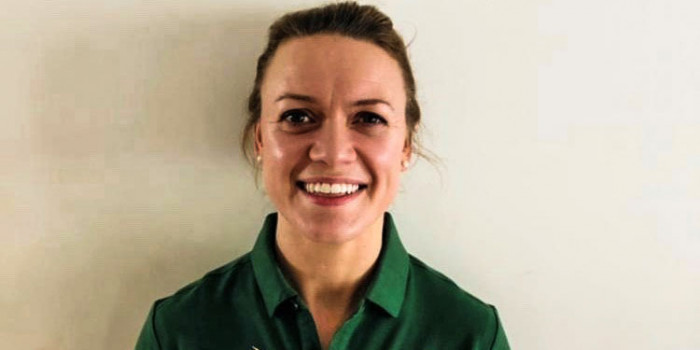 Cantwell, a highly regarded former player, is already working closely with leaders in the South African Rugby Union including Rassie Erasmus (Director of Rugby), Charles Wessels (General Manager of Rugby) and Springbok Women’s head coach Stanley Raubenheimer and her appointment signals a positive shift in intent from a nation light years behind where many believe their potential lies.

South Africa will be at this year's World Cup but are ranked just 13th in the world.

Cantwell won 86 caps for Ireland and has been a Board Member at Sport Ireland as well as chair of its women’s committee and she says she’s looking forward to the challenges ahead.

“I am excited and naturally a bit nervous about the big move over to South Africa for me and my family, but I feel incredibly comforted by the warm welcome I have been given internally at SA Rugby, by the players and management, and the provincial CEOs,”

“I am intensely motivated to progress women’s rugby and women’s involvement in rugby, and the backing at leadership level from Jurie, Rassie and Charles was central to my decision to join the team.”

Erasmus said the role and appointment was made after a critical re-evaluation of SA Rugby’s approach to women’s rugby.

“We have a rugby department and had a manager for women’s rugby, and we had done as much as we knew but we realised we lacked expertise and experience in the women’s high performance area,” said Erasmus.

“We re-focused our approach and we’re very glad and excited to be able to bring someone with Lynne’s experience and skills into the South African environment.

“We’re realistic about the fact that the short-term impact might not be all that obvious in results, but I have no doubt that the skills transfer and long-term impact will be a massive benefit to women’s rugby in South Africa.”