Springbok Women’s captain Nolusindiso Booi said her team have shifted their mind-set from disappointment to drawing the positives from the hand they have been dealt following World Rugby’s confirmation on Tuesday that the Rugby World Cup has been postponed to 2022. 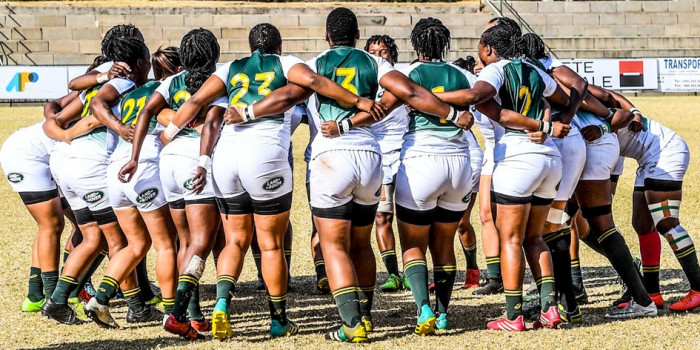 Booi admitted that after the initial disappointment following the recommendation last week, the team’s focus has switched to capitalising on the additional time to prepare for the competition so that they are able to take the field fitter, stronger and sharper.

“We were disappointed initially because we have been working very hard to ensure that we could give a good account of ourselves in New Zealand,” said Booi.

“But this difficult decision was taken with the safety of all involved in mind, and that has to be the top priority.

“The postponement of the tournament will hopefully allow the hosting of this massive world sporting event free from any risks associated with the COVID-19 pandemic, and where the teams are free to enjoy the experience fully.”

The hard-working lock added: “The positive aspect is that it will give us more time to prepare for the tournament with a focus on game time, conditioning and mastering our structures and game plan, so that we are even better prepared when we run onto the field next year.”

Booi was pleased with the strides made by the Springbok Women’s training group in Stellenbosch since they assembled early in January, and she looked forward to welcoming several other team-mates for the last two weeks of the camp from Sunday.

A group of 24 players are currently participating in the first stage of the training camp at the Stellenbosch Academy of Sport, and the group will be increased to 40 players to accommodate team-members who have full-time employment and academic commitments.

“We have been making a steady improvement in terms of our conditioning and rugby skills over the last two months, and I believe the opportunity to spend so much time together will be beneficial in the long term,” said Booi.

“One of the keys to building a great team is to know one another well on and off the field, and we are achieving that cohesion in Stellenbosch.

“We will be welcoming several other team-mates soon, and I am excited about the new energy they will bring and what they will add at training and off the field.