This weekend sees South America host two test matches – including the first continental championship, and the first ever test in central America. 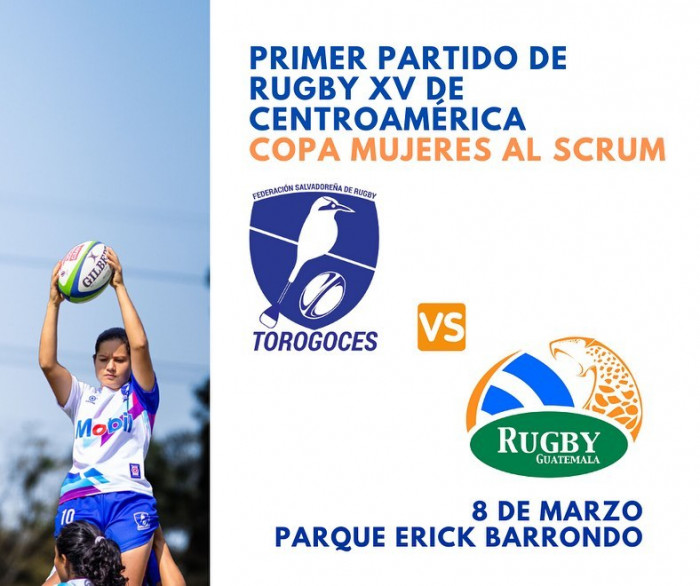 The region that has historically shown the least interest in test rugby will host as many games this weekend as it has hosted in the past 20 years – with a promise of more to come.

On Saturday Colombia host Brazil in a World Cup eliminator that has also been described as the South American Championship (although this designation is missing from current publicity for the game). The winner will play Kenya in April in Nairobi for a place in the world repechage at the end of the year.

The two teams met for the first time last August in the continent’s first test for nearly two decades, with Colombia winning 28-7. With that as the only form guide, and with this game at the same venue – plus Brazil’s involvement in the World Sevens - Colombia will start as favourites.

The game takes place at the Cinquantenaire Stadium in Medellin, from 2pm (local time) with a live stream on the Colombian Rugby Federation Facebook page.

Both Colombian “Tucanes” and Brazilian “Yaras” know that the road is long and requires a lot of work but are concentrating on what is front of them first. "It's hard to look beyond Saturday's game," says “Baby” (Futuro Mulbahuer), one of the pioneers of South American rugby, having played for Brazil for the first time in 2004.

“What the future brings we will know after the game. If we do not win, our goals and dreams will be different but we must focus on what will happen on Saturday, "says Baby who will play in Medellin in the second row.

Looking back to last year’s game, Baby says that "We learned a lot from that game. This time, we are better prepared and the postponement of the Hong Kong Seven has helped us to give full focus to fifteen."

Brazil have been putting a lot of preparation into the game. Immediately after the Cape Town Seven, the seven team - most of the backs – met up with the fifteens team forwards in New Zealand for a 45 day camp where they "focused on the set pieces that needed work after the game in Medellin, "explains Baby.

With the great help of the local community and the support of coach Reuben Samuel, the girls spent Christmas and New Year away from home. Saturday is the time to show what worked.

"It was a very positive experience; working on what I needed work and we changed our mentality. Now, the goal is to win."

Meanwhile back home, Colombia have worked hard to ensure that the form they showed last year can be maintained from this game. Again, the former Olympic and current World Rugby Counsellor Alejandra Betancur will be at the forefront.

Coach Raúl Vespa says his team is ready. "We are living the rugby dream; situations like this force the entire structure. They are the demands of this type of rugby."

Colombia has stood out in sevens - having played in the Rio 2016 Olympic Games and in the Youth Olympic Games, Buenos Aires 2018, they will play the playoff for the Tokyo 2020 Games and Vespa says that the big challenge is to be able to work both formats of the game with many of the same players.

“In 2019 we defeated Brazil in both sevens and fifteen; this shows that we are on the right track but it also means we have to work harder. ”

Regarding Saturday's game, Vespa acknowledges that there are not many secrets. "Having played recently, we know each other. We have worked very hard but they have also done too. It will be a great game."

This is a remarkable game as it features two nations playing their first ever tests in a region with no tradition of test rugby and not much of a background in international sevens either. El Salvador only made their sevens debut in 2013 since when they have play just 38 internationals, while their hosts first played in 2014 and have since played 45 sevens games. They have met five times at sevens, with Guatemala winning four – if you are looking for form guides then that is as much as there is.

The game is perhaps above all a testament to the “Get Into Rugby” programme, plus World Rugby’s promotion of the women’s game in the region. The two nations are ambitious and there is talk of a third nation from the region – Costa Rica – joining them to make up a triangular series.

The Unions have applied to World Rugby for test status, but the game still seems to have taken Sudamerica Rugby by surprise as it has been given little publicity outside the two unions, who are promoting the game as much as possible, linking it with local International Women’s Day celebrations.