Spain have retained the European XVs Championship following a 27-0 win against Russia in Madrid. 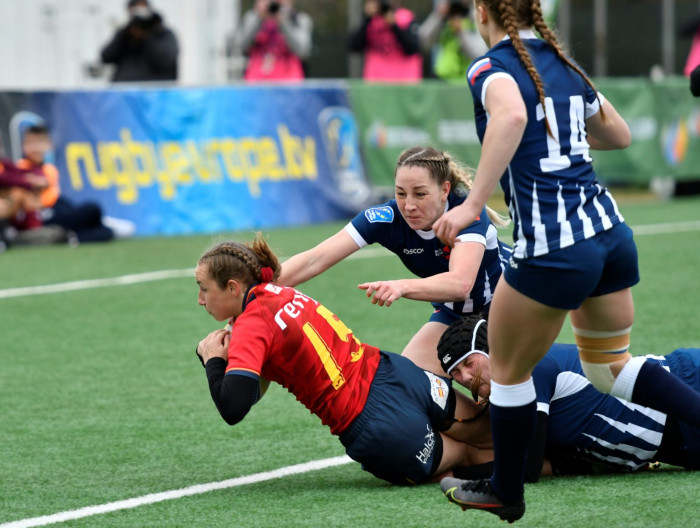 In his final match as coach José Antonio Barrio saw his Spanish team win their sixth European title in a row, ninth overall, after beating Russia in a touch 27-0 victory.

invasion of Ukraine by the Russia earlier in the week had a major impact on the game. It was only confirmed on the day before that it was going ahead after Rugby Europe, the organizing body of the Rugby Europe Championship, took the decision to give the green light to play the match, although the Russian national anthem was not played nor was its flag displayed

Rugby Europe announced that all competitions, matches or events on Russian territory, whether of national teams or clubs, were suspended until further notice, but as this game was in Spain it went ahead. Whether the final game in the tournament between the Netherlands and Russia will go ahead, however, remains in doubt as that was scheduled to be played in Russia next month.

On the field, as well as the final game for the coach, veteran sevens and fifteens star Patricia Garcia also announced that this would be her final game.

Spain put Russia under constant pressure throughout the game, which was played almost entirely at the Russian end. They rarely threatened the Spanish line throughout the game, and never looked like getting on the board. Their defence was solid, however, and restricting the Spanish to just four tries (compared to the nine the Dutch conceded the previous week) was impressive.

It took a quarter of an hour for Spain to finally turn possession into points when Léa Ducher opened the scoring. Corteva Cocos managed to break the visiting defensive fence leading to a move that involved the entire three-quarter line with the ball moved from the blind side to practically the opposite side of the field.

Just before halftime Spain finally found room for a second score, the three-quarter line stretching the defence until Patricia García found the space to crash through to end her international career with a try. Spain lead 12-0 at the break.

The second half was extremely well contested, with Pavel Baranowski’s charge never stepping backwards. The half opened with a rare foray into the Spanish half but it was soon business as usual with Russia under constant pressure.

A yell card for Russian half-back, Anastasiia Chirkova, which left her team a player down from at the halfway through the half, García punishing the infraction with a penalty before she was replaced after 68 minutes

Anna Puig added a third try nine minutes from the end before Zahía Pérez put the icing on the cake using her speed to score a fourth try from the final play.