After the multiple cancellations of the European Championship, Spain were finally able to return to the field today, playing their first match since they played Scotland in January. 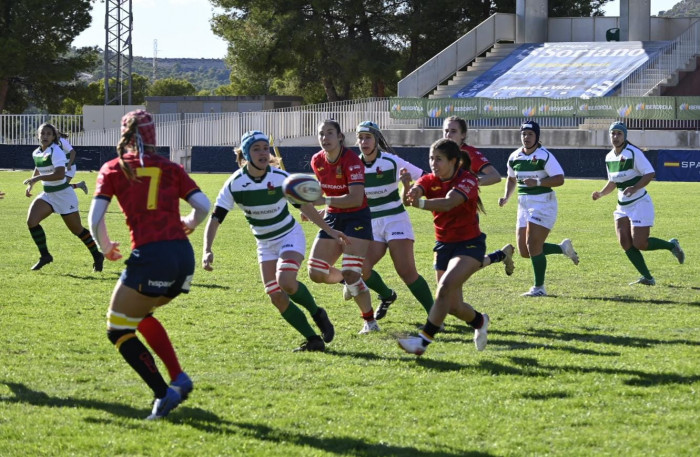 After a gap of eleven months, Spain finally returned to the field today when they took on a Spanish league XV - the Iberdrola Stars - in Villajoyosa.

Spain had been due to play Netherland and Russia in the European Championship, followed by the European World Cup qualifier, but after the games were again cancelled, the annual game between a Spanish U23 team and the league XV was upgraded to feature a full strength Spanish team.

The result of was a 59-0 win for the Spanish national team.

Spain, as is often the case, began slowly and took some time to break down the Iberdrola defence, but eventually the Leonas took control and tries came regularly, from María Losada (2), Olivia Fresneda , Amaia Erbina (2), Lucía Díaz , Anna Puig , Anne Fernández de Corres and Amalia Argudo , with three conversions by Patricia García and four by Argudo.

Several players were missing, including captain Isabel Rico's (due to injury), along with Iera Echebarría and María García and the player of the match award went to Lucía Castro , scrum-half for Iberdrola.