Spain and Samoa both qualified for the Women’s Rugby World Cup with wins in their last game of the qualifiers in Madrid. 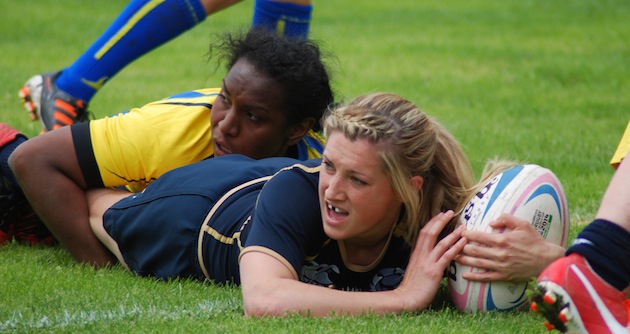 Spain finished as the top side at the tournament with three wins from three and a superb record, conceding just one try all week.

Samoa recovered from a 65-22 hammering to Italy on the opening day to qualify by virtue of beating Sweden and Netherlands, who both miss out alongside 6 Nations sides Italy and Scotland.

The Spanish and Samoan women now join the eight other teams that had already qualified for the Women's Rugby World Cup in the French capital next year.

Speaking after their 38-7 win over Italy at the Estadio de la Universidad in Madrid, Spanish head coach Ines Etxegibel expressed her delight with the win and the qualification.

"We have a lot more hard work in front of us but that's not for today. Today is for celebrating," she added.

Samoa insisted before the tournament that they weren't making the long trip just to make up the numbers. Manusina coach Peter Fatialofa said it was a major success for the women's Game in the Pacific region.

"We came here to do our best and to qualfiy, we've achieved that and I'm delighted for the girls."

"The fact is that we're now representing the Pacific Islands in the Women's Rugby World Cup in 2014. That's a great honour and I wish to thank the IRB for its help and investment in the Game."

"We have to go back now and focus on the tough work ahead because we're going to be playing some incredible teams in France. But tonight, we're just going to enjoy our qualification," said Fatialofa.

It leaves only two places remaining, to be filled by an African and Asian qualifier at a later stage.

See here for the full results and table from the tournament