Spain have won the opening game of their three-match South African tour. 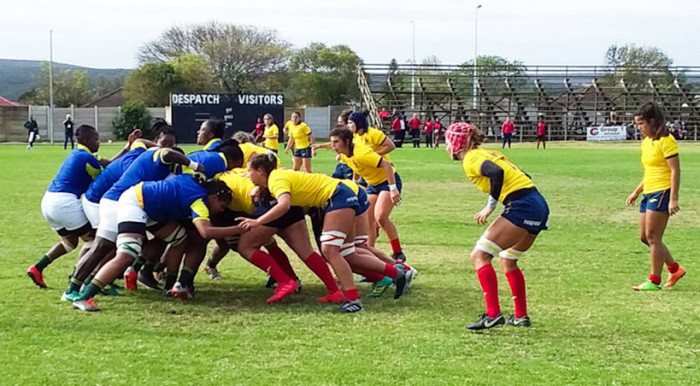 After a long and tiring journey to South Africa, and very little time to rest and acclimatize, the Spanish Lionesses showed their claws by winning their opening game against a South Africa Invitational 17-5 in Port Elizabeth. In the first game of a tour signals the start of their qualification campaign for a place at the World Cup in New Zealand 2021.

The scoring was opened by wing Uri Barrutieta wing in the 10th minute, after Spain ran through the phases. Spain controlled most of the game, but several scoring opportunities were snuffed out by determined South African defence a few meters from the line.

The visitors had to wait until the 25th minute to see their second try, from the Laura Delgado, who finished off the efforts the forwards, and only 10 minutes later came the a try third from María Calvo touching down after the South Africans can find no answer to a Spanish maul.

In the second half the young South Africa players returned were more in the game, managing to retain possession and spend some time in the Spanish half. However, unforced handling errors combined with the strong Spanish defence shut the home team out until the final moments of the game when wing Piwokuhle Nyanda wing managed to beat get her team on the scoreboard.

“Our goal going into the game was to see how the young players would respond to the challenge of playing at this level, and in that regard I am happy,” said South African coach Eddie Myners. “Obviously one will never be pleased with a defeat, but we ticked the boxes we wanted to in this game, and I think the players passed the test.”

He added: “There are a lot of positives we can take from the match, especially some of the individual performances, and we also looked good when we had ball in hand. Obviously there are areas we need to work on, but I think the more time we have to work with the players, especially in terms of their conditioning, the more they will improve.”

Myners also gave them a good idea of what to expect in the Test match between the Springbok Women and Spain in Despatch next week Saturday.

“We always knew that Spain had a good scrum and they showed that again today,” said Eddie Myners. “This certainly gave us a general idea of what they are going to bring to the table next week.”