Spain too experienced for Russia

Despite a brave effort by Russia, Spain were easy winners of the first European Championship semi-final in Madrid 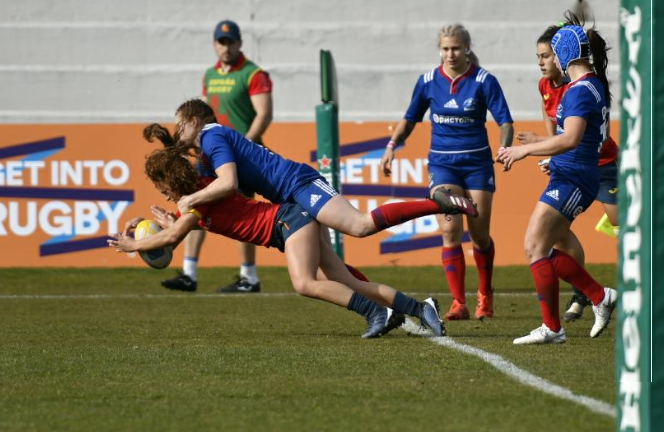 Fifteens is a low priority for Russia - the fact that Russia travelled with only 22 players to this game is an illustration of the lack of resources the format has (as was the variation of kit on show during the warm-up) and, whereas Spain included several players from their sevens squad, the only Russian player with significant World Series experience was former squad member Ekaterina Bankerova.

It is, however, to Russia’s huge credit that they continue to support European XVs. Many of countries with a far stronger XVs tradition do not do so, and if their performance – as it does every year – left spectators to wonder quite what level Russia could reach if they took the format as seriously as Spain does.

It took a little while for Spain to get onto the board, but once they were ahead the result was never in doubt. Wing Maria Garcia got Spain underway after 12 minutes, Maria Losada’s pace added a second try ten minutes later, and Maitane Salinas added a third just before half time. With Patricia Garcia on target for the first two conversions, Spain lead 19-0 at halftime.

Four more tries followed in the second half from Lourdes Alameda (45’), Paula Requena (57’), Monica Castelo (73’) and Maika Brust at the end, to give Spain a 41-0 win, but to Russia’s credit they never allowed them to run away with the game.