Spain warm-up with win over England A

Spain have ended their World Cup warm-up series with an impressive all-round performance against and England A XV. 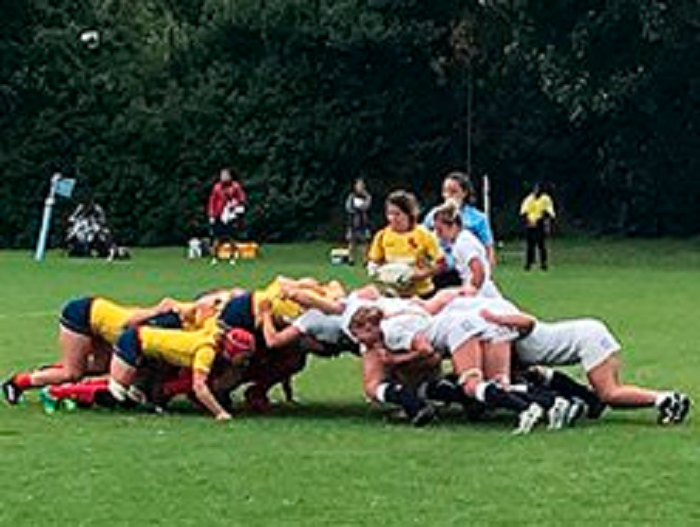 Report from Spanish Rugby Federation. Good news for José Antonio Barrio’ players who who have beaten, by 7-15, an England A team that was unable to cope with the overwhelming defensive performance of the Lionesses. The Spaniards dominated for much of the first half, in which they managed to score two tries. In the second half, the Roses had most of the possession, but were only able to score once, and almost at the end of the game, helped by the power of their pack.

A little more than 15 days before the Lionesses first game in the World Cup, José Antonio Barrio will have the tough task of deciding who will be the lucky 28 who will travel to Dublin to participate in the World Cup. Today on the field the Spanish players have shown that they do not lack desire, ambition, technique and they are in form and show great maturity.

There was little to choose between the teams in the opening stages of the first half. The players of the two squads probed each other, trying to find cracks in their defences to score the first points for their teams. From 15 minutes in the Lionesses began to feel more comfortable in English half, despite the fine London rain and in the 25th minute Berta Garcia opened the score, ending a spectacular break by Bárbara Pla. Only 4 minutes later the one of the sevens stars, Amaia Erbina, received a great kick from Maria Ahís to sprint down the touchline and put distance between the teams.

The second part was dominated by the English side, who managed to keep possession well and play most of the time in the Spanish half. However, Lionesses used their bench well and in the 75th minute added a third try from Eli Martinez. Only right at the end did England finally manage to break through the Spanish defensive line and add the points that closed the encounter.