South Africa will meet Scotland in two Test matches in Cape Town in October – their first home Tests since 2013 – as they continue to work towards qualifying for the 2021 Women’s Rugby World Cup. 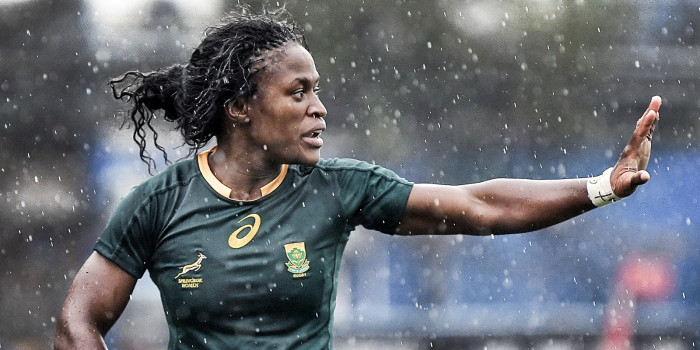 The announcement follows last week’s news that a women’s tournament has been added to the HSBC Cape Town Sevens later this year.

The last time the Springbok women played an official Test at home was six years ago, when they defeated Uganda in East London to book their place in the 2014 Women’s Rugby World Cup in France.

The Tests will be hosted at the City Park Sports Grounds in Athlone on consecutive Saturdays, 28 September and 5 October 2019.

“This is fantastic news for our team and supporters, not only because we are facing one of the Women’s Six Nations teams, but also because we will be able to do so in front of our home crowd,” said Springbok Women’s coach Stanley Raubenheimer.

“Most of our games over the years have been abroad, so it will be special to experience the support from family, friends and SA’s die-hard rugby fans first hand when we take to the field.”

Raubenheimer spoke highly of Scotland, who played their last Six Nations game this past weekend: “Scotland are a quality side who are regulars in the international arena. This will also mark their first visit to South Africa, which will inspire them to make a big statement.

“They may not have performed as well as they wanted to in the Six Nations, but their narrow 17-15 defeat against Wales shows that they are a capable team with talented players.

“We are going to work hard in the next few months to prepare ourselves for these matches, and it all starts with the national women’s assessment camp, which will be hosted in Worcester in the next few days.”

A total of 40 players were invited to the assessment camp, which will be hosted at HTS Drostdy from Tuesday to Friday, where they will be put through their paces with a number of strength and conditioning tests and training sessions.