Ahead of the final round of fixtures in the TikTok Women’s 6 Nations this weekend, the organisation’s CEO Ben Morel has revealed that future scheduling of the women’s championship “will be distinct” from the men’s and see England’s clash with France dominate the conclusion of the championship. 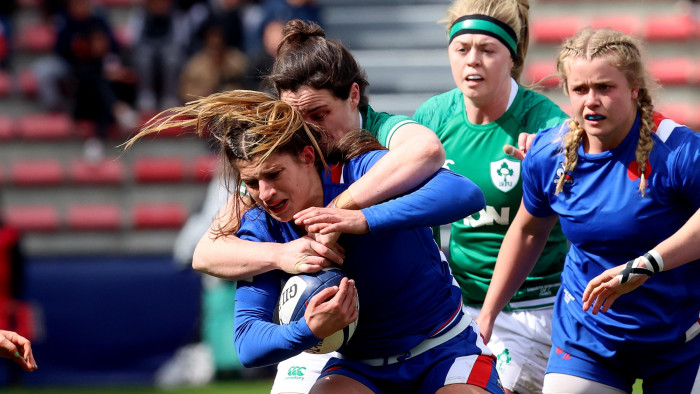 The women’s fixtures have mirrored the men’s since Italy’s women replaced Spain in 2007 and have run through the same window in the calendar until a shortened format was introduced as a one-off last year, due to Covid, played in April, writes Nick Heath.

Having taken the decision to permanently place the full women’s championship in its own window after the conclusion of the men’s, 2022 has seen attendance records shattered and increased media coverage across the board. Women’s 6 Nations content has generated over 130 million video views linked to the #W6N hashtag across all channels.

The opportunity to shape the women’s schedule in its own right seems a sensible next step.

Morel said, “One of the real benefits to having a specific window is not to be dependent on the men’s schedule. This year was a bit of a coincidence, simply that it matched the interest of the women’s game to keep the fixtures as they were. But going forward, that will be distinct. For the time being, I do anticipate the fixture between England and France to be on the final weekend for that particular reason.”

With the men’s fixtures for next year’s Guinness Six Nations having been published a month after their championship concluded, fans of the women’s game will have to wait a little longer.

Morel explained, “One area we will review is the length of the tournament and whether the six week window versus a seven week one is a consideration. We want to take the time to review that. We’ve already got a schedule which is predetermined which we want to speak to broadcasters and unions about, based on the learnings from this year. I definitely expect that before the end of June, that will be communicated publicly.”

“Player welfare is a central point but sometimes the length of the window with the amateur status goes into the direction where shorter is better. Those are two distinct things to look at which contradict each other. At the same time you’ve got the structuring of the entire season which is a factor in terms of how that fits in with the club game in each country and overlap with some of the 7s programme. We’re quite happy with six weeks and how it fits in the current calendar but we obviously need to review it and then look at the specific fixtures.”