Staniford raring to go at Twickenham

England Women’s Sevens captain Michaela Staniford looks ahead to the London Sevens this weekend as her side hosts a Women’s Invitational Tournament. 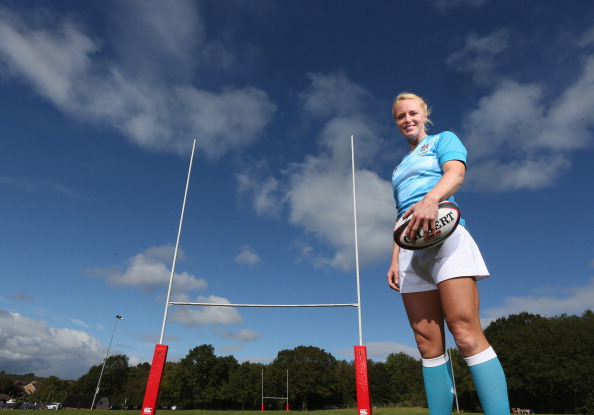 This weekend, England face reigning world champions Australia as well as France and Spain while Canada, Russia, the USA and Ireland will all be vying to make the quarter-final stages in the other pool.

Staniford led England to an IRB Challenge Cup victory 12 months ago when they defeated the Netherlands at Twickenham. Following London, she'll take her team to the final round of the Women's Sevens World Series in Holland ahead of the World Cup in Moscow.

“I’m pretty confident that everyone in our squad is looking forward to this event,” said the Wasps player. “The build-up has been fantastic and from a playing point of view, we want the opportunity to play at Twickenham again.

“Twickenham is always a special experience and one that we take a hell of a lot of pride in. Last year in the Marriott London Sevens the women’s final attracted one of the biggest crowds of the weekend. The home support is very humbling and we want to make the home supporters proud.”

“We play three very different teams in our pool and we know that, no game is a given, no game is won easily and every game requires intensity which will take its toll. France are typically very physical, Spain have a never say die attitude and fight every minute of every game whilst Australia have some fantastic ball players with exceptional flare. They are also teams we haven’t played a great deal so we will need to play well to beat them.”

With all the teams competing in London also in Rugby World Cup action in Moscow next month the tournament will no doubt have some extra spice as well as giving rugby fans a taste of what is to come in Russia.

“Playing the top teams in the world is only going to improve our World Cup preparation; players learn so much and at a faster rate in these games. At the end of the day Moscow is where we want to be firing and this tournament will certainly help us get there.”