Sweden ended on top – just – when they took on Portugal in Lisbon on Saturday evening. 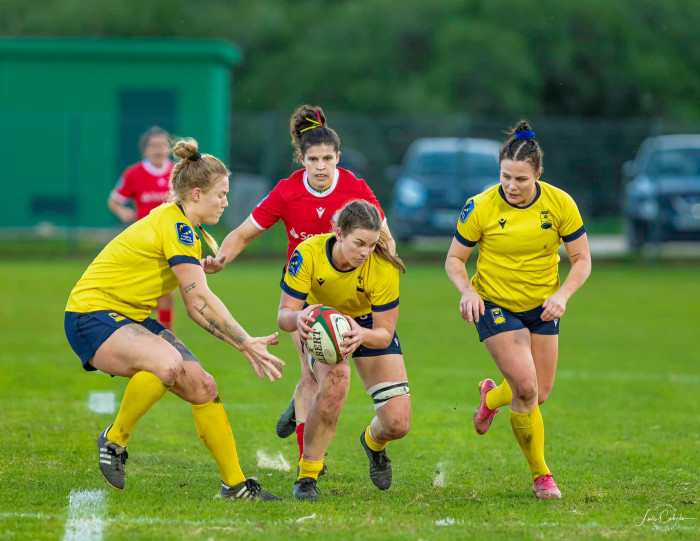 In a fascinating battle, Sweden (last season’s European Trophy champions) took on Portugal (in pole place to win this season’s trophy) in Lisbon, as part of Sweden’s warm-up for their tilt at the European Championship early next year.

It also pitted on of the game’s oldest teams, Sweden, who made their international debut in 1984, and one of the newest, Portugal, who – apart from a one-off test 25 years ago - only started playing international fifteens last year.

The two teams were also unbeaten over the past two seasons, so something had to give.

Sweden’s greater experience made them pre-match favourites, but Portugal had the best of the opening exchanges, with Daniela Correia coming close to putting her team ahead when a tricky penalty narrowly missed its target after 12 minutes.

Barely 30 seconds later Correia had another chance to put her team ahead, after Portugal turned over the Swedes as they tried to clear the earlier penalty, swept the ball wide to Correia who was just tackled short of the line, losing the ball in the tackle.

With Sweden finding it impossible to get out of their own half – even struggling to get out of the 22 – the inevitable Portuguese try came on 17 minutes, Yara Fonseca finishing off the move after a great step and run by Matilde Goes had opened up the Swedish defence.

This was the only score of the half, some impressive Swedish defence keeping Portugal out – and by the end of the half Sweden were on the attack, only for the whistle to go.

The first ten minutes of the second half continued the theme of the first, but as Portugal tired Sweden started to take the initiative more. The Portuguese penalty count started to rise, and on the hour a penalty lead to a Swedish line-out on 5m from which Portugal had no answer to a well-rehearsed maul. Sweden were level.

The resulting conversion was from almost exactly the same spot that Portugal’s Correia had missed in the first half, but Petersson for Sweden was perfectly on target and Sweden lead 7-5.

This setup an epic last 20 minutes where both sides fought for the vital score – but in the end neither could find a way through, and when the final whistle went Sweden were winners – just – by 7-5.