Sweeping changes for Premier 15s on the way

Sweeping changes are to be introduced for the women’s club game in England next season including the introduction of a salary cap, a squad size cap and the scrapping of development teams. 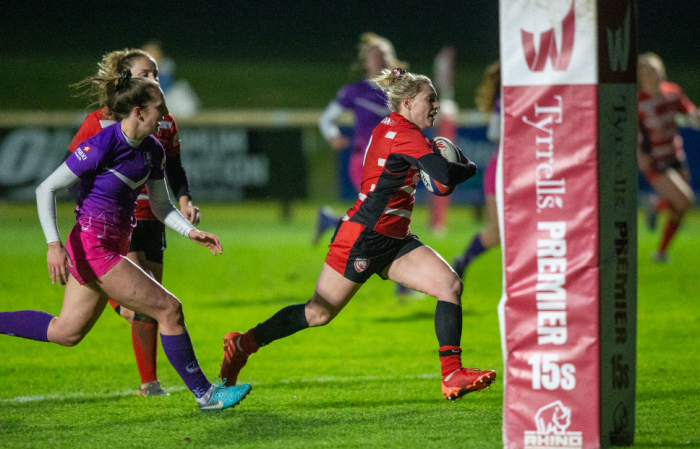 The Tyrrells Premier 15s is heading into its fourth year and has significantly raised the standard of the women’s club game, attracting players from around the world and introducing new franchises to the women’s game such as Harlequins, who have invested heavily into their new programme, and Exeter who are seeking to enter the league next season.

A shakeup of the teams in the league was already underway with teams including Richmond, Firwood Waterloo and Darlington Mowden Park Sharks under pressure to keep their spots from next season.

Exeter, Newcastle and Sale Sharks are among the new clubs who have submitted bids backed by significant investment, to join in their place.

The decision on who will be in the league will be confirmed in the coming months following a full retendering process.

The teams who make it in next year will stay in the 10-club competition for three years, after which the structure will then be reviewed again.

But there are further significant changes coming including

The cap will be advisory next season but will be made compulsory the year after.

This change is thought to be in part to help level the playing field among the clubs and to encourage top players to spread themselves across the teams rather than congregate at one or two clubs.

Not every club is currently paying players, though a handful are, but most cover some sort of travel and accommodation costs for players who need it.

Those costs or ‘material benefits’ are set to be included in the cap though with some leeway, possibly making it difficult for the clubs who have been able to offer such perks.

There is support broadly among the clubs for the introduction of a cap, though many believe it is set at the wrong level and should be increased.

Each of the Premier 15s clubs currently operates a second side, effectively akin to an ‘A’ team which competes in a concurrent development league.

The decision to axe the league is partly to improve standards in the leagues below but is also a recognition that some clubs have struggled to consistently both field and pay to keep a competitive second team on the road.

The RFU currently invest £75,000 in the clubs annually which many clubs say makes it too difficult to fund two sides.

Others however believe the decision to be short-sighted, especially those operating teams in parts of the country where the players being released will not have easy access to a certain standard in the leagues below.

With no development teams, the current squad size will be reduced from 60 to 40, releasing up to 200 players into the lower leagues.  Clubs will still be able to bring in players on loan if needed.

That decison is likely to be welcomed though by clubs in the lower leagues, who may well be boosted by the arrival of high quality players.