The squads have been announced for this weekend's crucial Sydney Sevens. 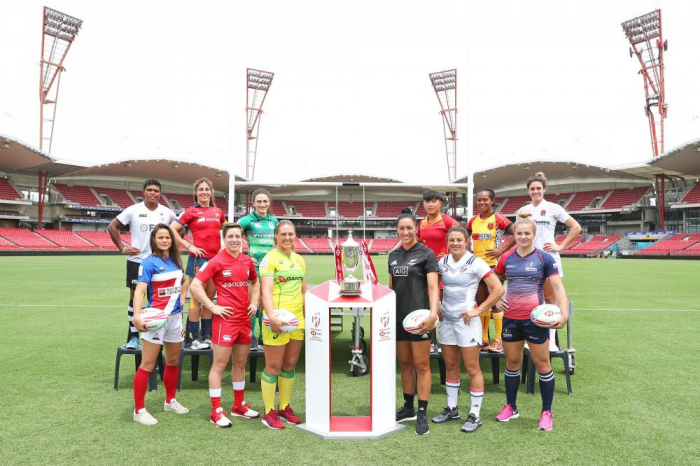 Three of the four teams from last weekend’s Fast Four tournament field near unchanged teams for Sydney. All of the England and New Zealand squads for Sydney played in Hamilton, while France are only missing Camille Grassineau – though that is a big name to miss.

This may be part of the reason for France to field three World Series debutants for what is a crucial tournament – although all three did play in Hamilton, where France reached the final. To balance this France are also fielding, in captain Fanny Horta, Marjorie Mayans and Chloé Pelle, three players who have played in over 20 previous tournaments. As a result, overall, despite the slightly new look to their squad France have 121 tournament appearances in their squad – more than the United States or Ireland, and certainly more than England.

Lizzie Adam is England’s only debutant for Sydney (though, again, she played in Hamilton) but it is a mark of the changes made this season to England’s squad that they have only 95 tournament appearances between them, making England (discounting China and PNG) the least experienced team in the tournament  – and a quarter of those appearance have been made by Amy Wilson Hardy. Six of England’s squad have played fewer than four previous tournaments.

This is in complete contrast to New Zealand, the winners from Hamilton (and every other major sevens since the Commonwealth Games), who boast 202 appearances between them, including the most-capped player Sarah Hirini (nee Goss) who will be playing her 32nd tournament. Sydney last year was also the last tournament the Ferns failed to win, and this is an extra incentive for this weekend – though with a team of this power it is hard to see who will stop them.

The winners last year – when they failed to concede a point – were Australia, but the injury woes that have dogged them ever since continue here with Charlotte Caslick missing, and three players playing only their second or third tournaments. The current champions lie fourth in the table with automatic qualification for the Olympics far from certain.

It is Canada who currently lie second, and they field a team full of experience. Kayla Moleschi and Bianca Farella will play in their 30th tournaments this weekend, and Ghislaine Landry her 29th. Only Olivia Apps, Kaili Lukan and Emma Chown are relative newcomers – the rest of the squad are well into their third years of World Series sevens.

Just below them in the standing is the United States, but in contrast they have two debutants this weekend (Kasey McCravey and Kristi Kirshe) with captain Lauren Doyle their most experience player and the most notable absence being Alex Kelter. It is the USA who France and Russia will be targeting for the fourth qualification spot. How they perform this weekend will be crucial.

Russia themselves have a solid, experienced team with only Diana Glushenko playing in her first World Series season. Alena Mikhaltsova captains a team with no major absences and will have Tokyo firmly in their sights.

Another team at full strength is Spain. Patricia Garcia and Maria Casado lead the way in a squad that really needs to turn the corner and record the results they were achieving last year if they are to shut out the possibility of relegation. For Sydney they have an interesting balance with nearly half of the squad in only their first or second season.

Ireland have a similar balance, lead by Lucy Mulhall and Amee Leigh Murphy Crowe they are overall a more experienced team than England but still have players such as Anna McGann and Brittany Hogan who are still relatively new to the series, and two players – Emily Lane and Beibhinn Parsons making their debuts. Sydney has been good for Ireland in the past, however, as it was here that the Irish moved ahead of England in the rankings for the first time, a position they still hold.

Fiji also have two players making their debuts Akanisi Sokoiwasa and Tokasa Seniyasi as they sit dangerously in the relegation spot – but the rest of the squad is strong and knows how to win games.

Finally China – unlike everyone else in Hamilton – have (apart from Wang Xiao, who makes her World Series debut alongside Yang Xu) a completely different squad for Sydney. The core of the team will be Chen Keyi, Yang Min and Yu Liping, plus captain Yan Meiling