All the team news as we get it for round four of the women's 6 Nations where England host Italy, Scotland take on Wales and Ireland host France in the big clash of the weekend. 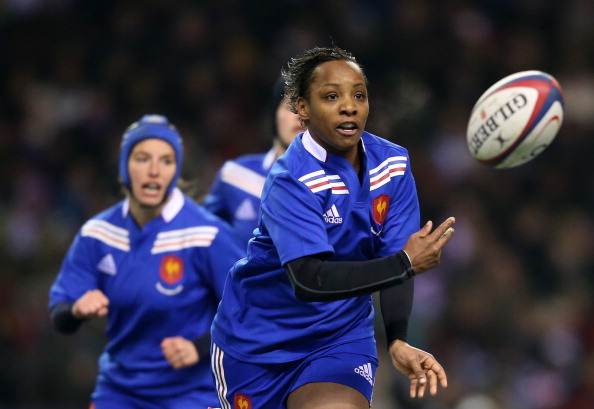 Despite the loss of Elodie Poublan, France look likely to be even stronger for the visit to Ireland than their were at Twickenham in the last round. The coaching team in particular will have been delighted to see Aurelie Bailon come through the final 30 minutes for Montpellier against Lons on Sunday with no obvious ill effects - though she starts on the bench.

The starting XV has four changes from Twickenham - all effectively squad rotation. Julie Billes is given a chance to start on the wing, Marjorie Mayans takes Poublan's place at centre, and in the forwards Gaëlle Mignot and Elodie Portaries start at hooker and prop. Ladagnous is also preferred in the starting team to Tremouliere at 15.

Ireland have made no changes to their side and Philip Doyle head coach said: "It is great to have our goals already ready reached for this season with Rugby World Cup qualifications and the Triple Crown secured. That being said, this squad has further goals and a win over France will certainly get us a step closer to those. Having seeing France’s very strong performance a fortnight ago we know that this fixture will be a very tight one but will certainly be very entertaining for the crowd."

Gary Street makes seven changes and two positional changes to the starting line-up that was defeated 20-30 by France. Street has rotated his front row with Roz Crowley, Victoria Fleetwood and Laura Keates all starting. In the second row Emily Braund, who last featured in England’s opening Six Nations win over Scotland, is back in alongside Jo McGilchrist who moves in from the backrow. Skipper Sarah Hunter also moves to flanker, giving Lichfield’s Harriet Millar-Mills a start at No. 8. There are only two changes in the backline with Worcester’s Lydia Thompson coming in on the wing in place of Kay Wilson and Georgina Gulliver starting at scrum-half. Gulliver has also been named as vice-captain. On the bench Richmond’s Fiona Davidson could be set to play in her her first ever Six Nations game whilst Bristol prop Kate Newton also returns.

Street added: “Two weeks ago we were defeated by a really good French side who I think have the potential to win the World Cup next year, especially as the tournament’s is in France. We also didn’t perform to our usual standards but we have got to put that behind us and move on. We have picked ourselves up and I am hopeful that our young players will have learned from that defeat, and the one against Ireland. We have already had some really encouraging feedback so we are feeling positive.”

There are only two changes for Italy following their narrow defeat to Wales - Awa Coulibaly, (prop), comes in to replace Monza teammate Ilaria Arrighetti, and Chiara Castellarin replaces Maria Grazia Cioffi, who is still recovering from a knee injury sustained in the Welsh game.

Wales Women’s head coach Rhys Edwards has made five changes to his starting line-up.  Prop Megan York and hooker Carys Phillips replace Jenny Davies and Lowri Harries respectively while Vicky Owens comes in for Gemma Hallett in the second row and Sioned Harries returns to the back row at the expense of Catrina Nicholas. The only change in the backline sees experienced winger Caryl James replace Rafiuke Taylor who drops out of the match day squad altogether with Neath Athletic’s Charlie Murray joining the replacements bench.

“As a squad we’ve always talked about ‘performance’ and although we were up against it when we played France, we gained a lot of confidence from our win against Italy where the girls got the job done,” said Edwards.

“Going into the game against Scotland we have to maintain the levels for the entire 80 minutes as we had a lot of possession against Italy but butchered five clear cut scoring chances. If we had been more ruthless with our finishing, our points difference ratio would be in a much healthier position going into this weekend’s game.”

Scotland make two changes to the side that started against Ireland last month, Laura Steven at inside centre for Lisa Ritchie, who moves to the bench and lock Bridget Millar-Mills coming into the XV to replace the injured Becca Parker. Meanwhile winger Lauren Harris and hooker Lindsey Smith come on to the bench. Head coach Karen Findlay said: ""The match this weekend is a crucial game for us. It will be fantastic to have the opportunity to showcase the women's game on the west side of the country and get support behind the team.  It will, as always against Wales, be a physical contest, a hard battle up front and in the back row division, and both sides recognise the importance of a win.