ScrumQueens last looked at women's rugby in Botswana two years ago, just before they were due to host their first major international sevens tournament. This weekend they take the next step - their first test match, against Namibia. 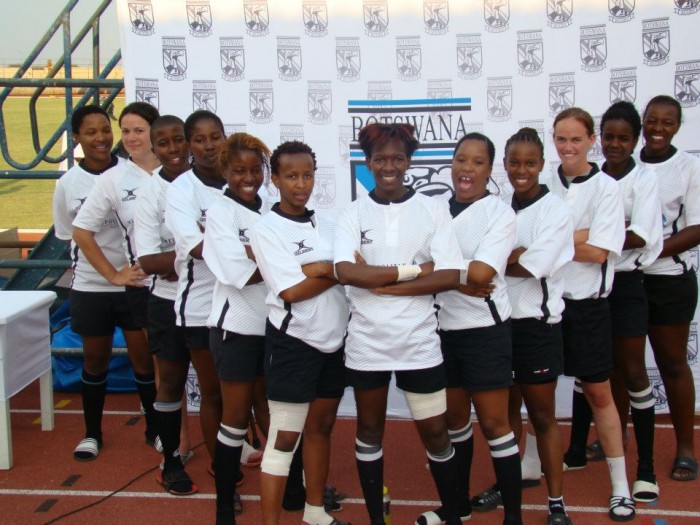 Sevens rugby emerged from a popular tag rugby programme five years ago. Eight teams now play in a national league, and the "Vultures" have competed in a number of regional sevens tournaments, with somewhat mixed success against larger countries with often a longer history of women's rugby. However they remain spirited and ambitious, attributes which attracted a tour by Finland last year - a country faced with similar challenges in Europe.

Sevens has been the centre of rugby in Botswana, but even two years ago sevens coach Shaun Lees was making it clear that they wanted to play test rugby. So when, in August, news emerged that neighbouring Namibia were setting up a women's fifteen-a-side national team, arrangements were quickly made for a test match between the countries.

Namibia's rugby union first announced plans to develop women's rugby nearly ten years ago. However, progress has been slower. The national league now consists of three teams - but the clubs have always played 15-a-side rugby which is partly why - until now - they have not taken an active part in regional sevens tournaments. The development of the national team - the "Desert Roses" - has won the active support of not only the national union, but also government and national team sponsors Namibia Breweries Limited (NBL) who, with Union, have ensured that all costs for both teams are met (often a significant barrier to international women's rugby, and not just in Africa).

What will therefore be the first-ever test match for both teams will kick-off at 4pm local time on Saturday at the Hage Geingob National Rugby Stadium in the Namibian capital, Windhoek, preceded by a men's club game.

The Namibian squad was announced on Monday afternoon and officially introduced government officials and the press at a major media at the National Rugby Stadium. The 'Desert Roses', will be captained by Geraldine Louw from 2013 league champions, Phoenix, with vice-captain Naomi Titus of Reho Pandas. Although they lack the international experience of their visitors, Namibia will be confident that their greater experience of fifteens rugby - and a home crowd - will give them the edge.

Botswana announced their team on Wednesday afternoon after a training and selection camp last weekend, before travelling to Windhoek.