Test rugby under threat in Africa

The most important and highest profile women's test match every played between two African nations takes the beginning of September, when Uganda will play South Africa in the continent's first official World Cup qualifier. However, news from East Africa at the weekend suggests that this could also be the last test between two African teams - for a few years at least. 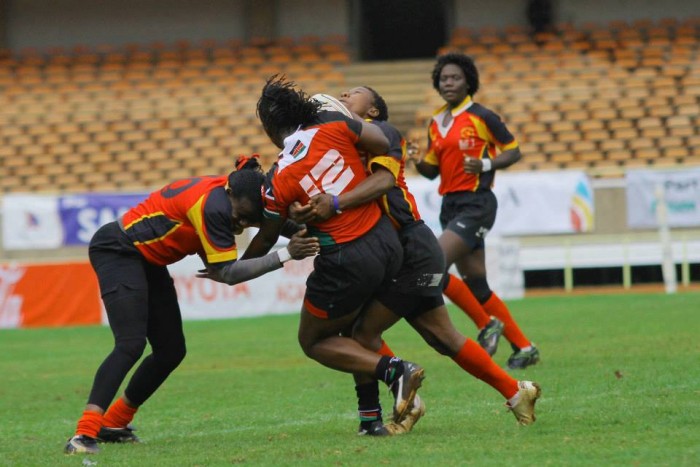 The Elgon Cup - the annual two-leg competition between Kenya and Uganda - has been threatened before. A desire by the unions to concentrate more on sevens has put pressure on the series in the past, and two years ago when Uganda almost withdrew from the contest due to financial problems.

However, "impeccable sources" in Kenya raised serious doubts about the future of the contest at the weekend. Sources within the Kenyan Union were reported to be considering suspending their team's participation in  the Women’s Elgon Cup following an off-field incident involving players from the two teams after last month's contest.

Both Unions had attempted to avoid commenting on the incident, but discussion on social media forced the KRU to release a statement (below) at the beginning of July.

However it is now being suggested that the KRU are debating whether the competition be replaced by an under-19 series until the "tension between the current players is resolved."

The rivalry in the series, which has taken place almost annually since 2006, is very strong. As recently as 2011 the two sides could not even agree who had won the cup, and in 2012 a fatal accident in the fixture cost the life of Kenya's Aberdeen Shikhoyi.

Enos Otieno, the Kenya women’s XV coach, and Doris Mwanzia, the Kenya team manager, have confirmed there was an "incident" after this year's second leg in Uganda which "was being handled by the two Unions." Players have declined to comment on the record about what occured, though according to Kenyan sports website http://www.sportsnewsarena.com "a witness, who was at the match, said the off-the-pitch brawl could have been an extension of what had happened during the match."

The Elgon Cup is the only regular women's test series played on the continent, and the only regular fixture played between African nations - South Africa have never played a 15-a-side international against another African team at any level. Its existance encourages the development of the game in other parts of East Africa, most notably in Rwanda and Burundi (who have ambitions to play test rugby after playing a 10-a-side series last season) and its loss would have an impact well beyond the two nations involved.

Statement from the KRU:

"The Kenya Rugby Union confirms that an incident away from the field of play took place in Kampala on Saturday 22 June 2013 involving a player from the Kenya Lionesses and other individuals .

"With the key priority being to ensure the player's safety and well being, she was airlifted to Nairobi and admitted at the Nairobi Women's Hospital on Sunday 23 June and has responded well to treatment and since been discharged to go home.

The union would like to ensure the public that this matter is being addressed with the seriousness it deserves and due action will be taken once investigations by both the Kenya and Uganda Rugby Unions are completed.