Thailand have won gold at the South East Asian games in Pampanga, Philippines. It is the third time they have lifted the title 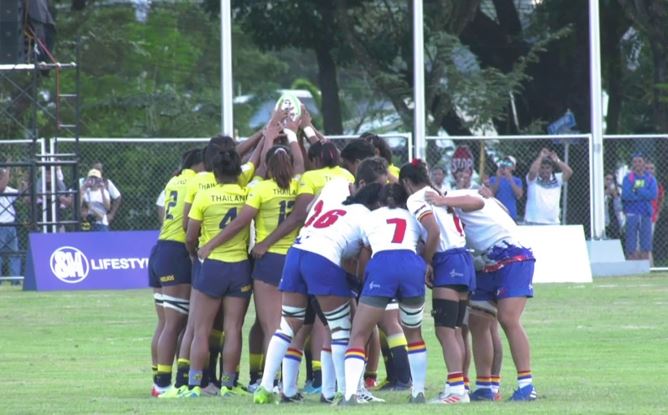 Rugby sevens has been part of the biennial South East Asian Games since 2015 – and Thailand won gold again this weekend.

The South East Asian Games take place every two years. Initially established in 1959 to promote regional sports, in recent years they have also welcomed Olympic sports which resulted in the inclusion of rugby sevens for the first time in 2015.

Thailand won gold without losing a match in 2015 and 2017, beating Singapore in both finals, and were clear favourites for this year’s event, which had been expanded from five to six teams, Indonesia taking part for the first time.

The pool phase saw all of the six team play each other, with the top two then qualifying directly for the Gold Medal match, while third and fourth played off for bronze.

Thailand reached the final with ease, only dropping points against their Philippine hosts and Singapore.

The surprise of the weekend was the performance of the 2015 and 2017 silver medalists, Singapore, who narrowly lost to Malaysia in round two and then – perhaps even more surprisingly – Indonesia in round three, defeats that all-but ended their medal hopes.

Only Thailand ended that first day unbeaten, but both Malaysia and the Philippines took two wins into the second day, competing for a place in the final.

However, Malaysia were well-beaten by Thailand in the opening game of the fourth round, while the Philippines saw off the lacklustre Singaporeans and then Laos to reach the showpiece game.

In the bronze match, some poor discipline cost the Indonesians but they fought back hard from 19-0 to narrowly lose 19-12. The Malaysian were happy to retain bronze and had too much pace out wide.

In the final gold game, the Philippines were looking for a massive game to upset the Thais but conceded a try and needless yellow card within the first two minutes. Although they stayed in touch and the game was far closer than the pool game, the Thais were superior and came out on top 17-7 to maintain their 100% record in winning women’s rugby 7s gold at the SEA Games.