The first leg of Asia’s U20 Championship took place this weekend (the second leg is in Hong Kong on 13/14 August). 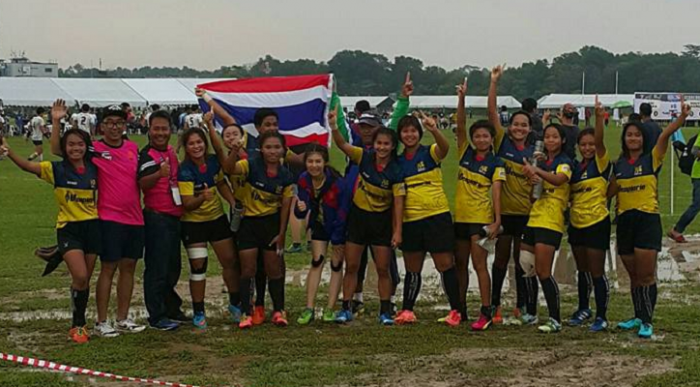 The next generation of Asian rugby as on show in Johor in Malaysia this weekend. With two Asian teams due to take part in the 2020 Tokyo Olympics (Japan and one other), and a lot of nations are already eyeing up that second place. Four of them took advantage the Asian U20s to take a look at their young up-and-coming players likely to be in contention for squad places in four years time.

With Japan - last year’s winners – absent, and China and Kazakhstan also no-shows, Hong Kong Coach Sam Feausi was confident about her prior to the tournament. “We’re entering the series with a much stronger team than last year,” she said, before the start. Six players returned from Hong Kong’s 2015 squad were selected, including senior Hong Kong squad member Lee Tsing-tsz, who was named captain.

It was always likely that the tournament would come down to a battle between Hong Kong and Thailand. Singapore failed to score a point in 2015, and Malaysia did not enter, and both struggled against the more experienced opposition, failing to score a point in their fixtures with Hong Kong and Thailand on Day One before Malaysia beat Singapore 10-0 in the final round of games.

The semi-finals on Sunday were predictably one-sided, though Singapore’s Amanda Tan made her mark with her team’s first ever try in the tournament, against Thailand, having been shut out in 2015 and the opening day pool this year.

After a huge tropical downpour which temporarily flooded the ground, Malaysia repeated their day one win over Singapore to take third, before the inevitable Hong Kong/Thailand final.

Hong Kong’s hopes of a first cup win were lifted when Stella Tam scored in the opening minute. They retained that lead until the fourth minutes of the second half when Thailand’s Sunisa Khamrat levelled the score before Kanlayaratt Poongram added a vital conversion. Despite the best efforts of Hong Kong in the closing stages, Thailand held on to claim the win.

“The Thais are quick and play a lot of offload ball - but our girls learn quickly as well. Overnight we analysed their style of play and executed a plan to counter it and we nearly won”, said Feausi.

“The girls are hugely disappointed, but there are a lot of positives to take out of this weekend. We have a very good team. We just need to believe in our abilities and go back and prepare for the Hong Kong tournament in a few weeks.”