NSW Waratahs have dominated Super W since it began. 22 unbeaten games – but next week they face perhaps their biggest ever challenge and Fiji Drua picked a third win. 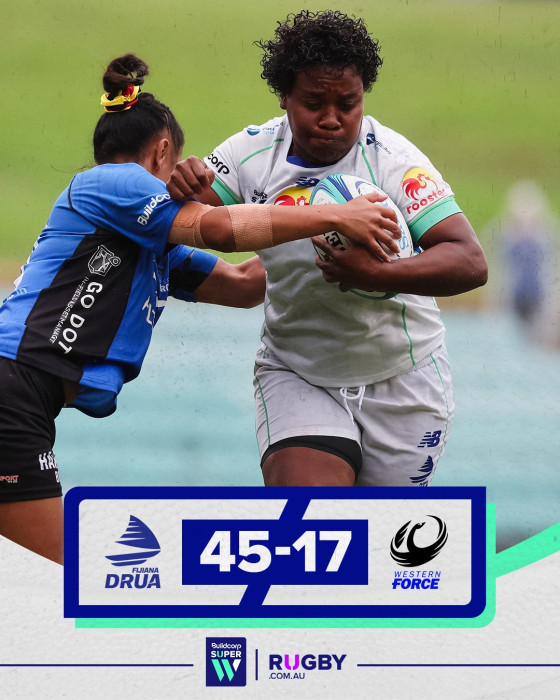 Fiji Drua dismissed their third Super W opponent with ease this weekend as they again showed that they will be no push over in this autumn’s World Cup.

This time it was Western Force who fell to the Pacific Islanders. Seven first-half tries saw the Fijians take a 45-0 lead into the break in a dazzling display. Force came back with three second half tries and Drua seemed to take their foot off the pedal a little, but this third win means that the invitation team are all but mathematically certain of a playoff spot - at the very least.

Next week will show whether they can go further than that as they take on perennial champions, never defeated, Waratahs who this week blew away Melbourne Reds 67-10, full-back Mahalia Murphy scoring five tries .

Waratahs lead after three of the five weeks on 13 points, one bonus point ahead of Drua, with Reds some distance away on nine, and everyone else a distance behind.