With 100 day to go to the Women's Rugby World Cup, a limited number of additional tickets for previously sold out fixtures have been released via ticketmaster. 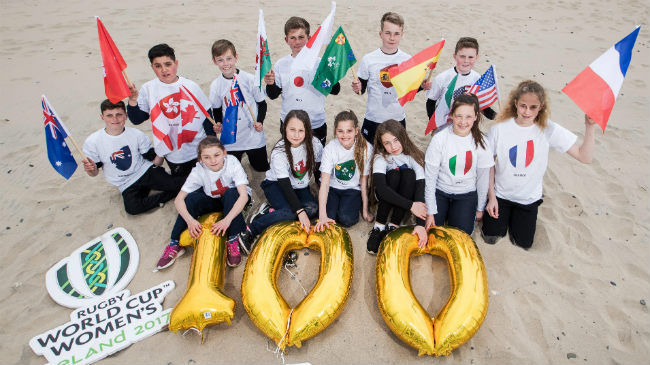 The tournament kicks off on 9 August at the UCD Bowl in Dublin where the pool stages will be played on 9, 13 and 17 August. The semi-finals will be played on 22 August in Kingspan Stadium, Belfast with the final played at the same location four days later.

With the World Cup trophy having already covered over 8,500 km visiting more than 100 clubs and schools in Ireland, there is increasing interest in the event and tournament organisers expect that additional tickets will soon sell out for both venues, and urge fans to snap up tickets as soon as possible.

"With 100 days to go to the kick-off of the Women's Rugby World Cup the final preparations are well under way for what is going to be a fantastic tournament and a great spectacle of women's sport.

The trophy tour events and festivals, which have been hosted in clubs and schools throughout the country, show the level of excitement that is out there and we are delighted to have sourced a small number of additional tickets for previously sold-out pool fixtures.  But those looking to secure tickets, should act fast.”

World Rugby Chairman Bill Beaumont said: “Excitement for Women's Rugby World Cup is really building with just 100 days to go until reigning champions England take on Spain in the first game of the tournament. Tickets are selling very well and it's great that the IRFU can release a few more to ensure that fans can get to see the pinnacle of the women's game in Dublin and Belfast.”