Video app TikTok has been named as the first ever title sponsor for the Women’s 6 Nations, securing a four year deal, writes Nick Heath. 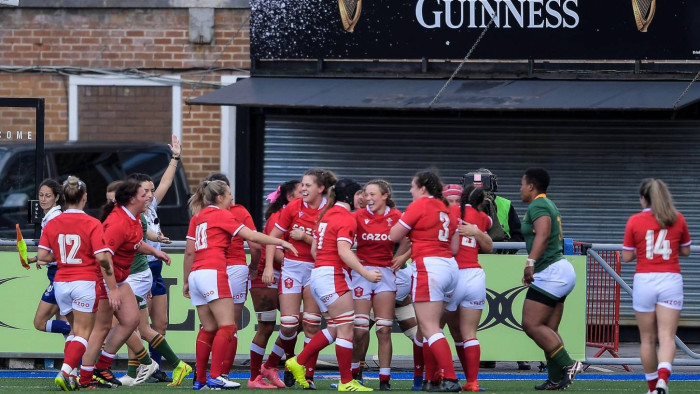 It marks a milestone for the competition which has come under pressure to attract a key name to associate with the women’s event.

While Guinness will remain as title sponsor on the men’s championship and a partner to the women’s, the news of TikTok’s own title deal will be welcomed by those who have longed to see a commercial partner put in place.

The brand will also however become an Official Partner to the Guinness Six Nations and Autumn Nations Series.

TikTok describe themselves as “the leading destination for short-form mobile video” with a mission “to inspire creativity and bring joy”. A report last year claimed that app users in the US and UK now spend more time per user on TikTok than YouTube. A forecast from Insider Intelligence predicts that the platform will reach 755 million monthly users in 2022.

Given TikTok’s appeal to the Gen Z demographic, born between 1997 and 2012, the sponsorship deal indicates a sharp focus on pushing the women’s game towards that younger generation. According to TikTok statistics from Statista, 18-24 year old is the prime age group for the video-sharing app, making up 26% of its traffic.

Ilona Maher is one of the most popular women’s rugby players on TikTok with the USA 7s player and 2020 Olympian attracting over 844,000 followers and registering nearly 47 million likes for her content.

At the time of writing, the Women’s 6 Nations TikTok page has almost 5000 followers with some posts having accrued nearly 100,000 views.

“The significance of our partnership with TikTok cannot be understated. The very first Title Partner in the history of the Women’s Six Nations Championship, as well as support for the Guinness Six Nations and Autumn Nations Series is something to be incredibly excited about.

“TikTok shares our ambitions for providing fans with the best possible experience and has the perfect platform for fans to access and engage with rugby throughout the year. Complementing this is the collective aim of giving the sport a global shop window to reach new and existing fans and put the likes of the Women’s game in front of more people.”