Time for the game to move on

England's dominance might be hard to watch at times, but it's done the women's game a favour, writes Ali Donnelly. There are no more excuses for those countries who hold back support. 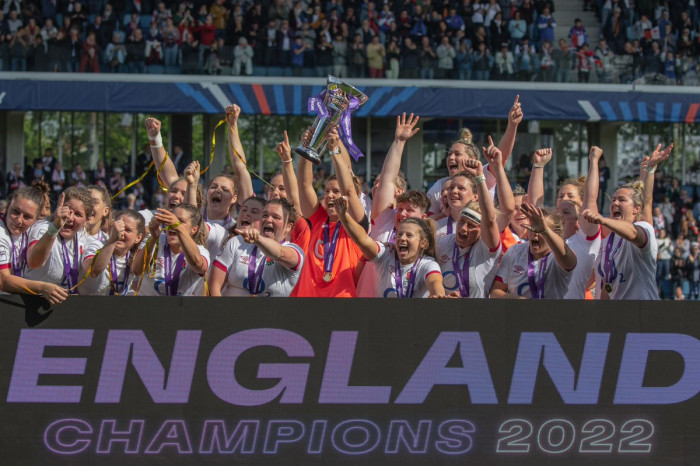 All the words used for this year’s women’s Six Nations are for once not exaggerated as the championship took a giant step forward this year in almost every facet.

And while many of us winced watching England inflict cricket score lines on most of the teams they played, there is satisfaction in knowing that their brilliance is forcing everyone else to act.

It is not dramatic to say that had England not been as good as they have been over the last year, that we would still be talking about players not being contracted and not being given adequate rest time and support for many more years.

As it is, England’s dominance is forcing everyone out of their stasis and that’s why I believe that Ireland’s final game against Scotland yesterday was the last time we will ever see a fully amateur team, as the Irish are, play in this Championship.

Where once, players who got up at 5am to train, before doing a full day’s work, before training again in the evening and playing a test match on the weekend before starting it all over again the next week were described as ‘marvellous’, their commitment to the cause admired, there is now a growing realisation that this situation is no longer acceptable.

The imbalance of the championship between the haves and have nots has been so apparent this year that those in the comfy seats, with a role in determining the future of their own women’s programmes, have found themselves sitting very uncomfortably watching results unfold this year.

We used to describe the challenge of the teams around England and France as simply being about keeping up, but they’re now almost so far away in the distance some teams are going to need glasses.

A tweet from Irish player Aoife McDermott last week which showed her back at work on a ward in Ireland the day after playing England in Leicester, was the most powerful reminder that what we have been asking some of our players to do has bordered on dangerous.

We live in an era where there is greater understanding than ever that for athletes to perform at their best, mental resilience is just as important as physical ability – yet we are still asking players to live two lives – a part time job on top of a fulltime job, as former England player Amy Turner once described it.

It probably felt terrible to be a player on the end of one of England’s hidings this year, but we’ll look back on their results as a turning point for the game.

The women’s game was hurtling towards professionalism anyway, but England’s decision to fully take the leap before anyone else in 2019 has started a domino effect from which the game cannot turn back.

There is a lot of growth left in women’s rugby from an investment perspective. TikTok’s involvement has been hugely positive, but we cannot realistically expect to attract the biggest brands and cash if the outcome of major championships are pretty much pre-determined.

Every governing body with a stake in making a return in years down the line on women’s rugby knows this, so the job of sprinting to catch up with England and France has suddenly become a lot more serious.

It’s time to get on with it.