Time for the rugby to do the talking

The return of the women's Six Nations means a chance for total focus on the field of play, says Jenny Mitton. 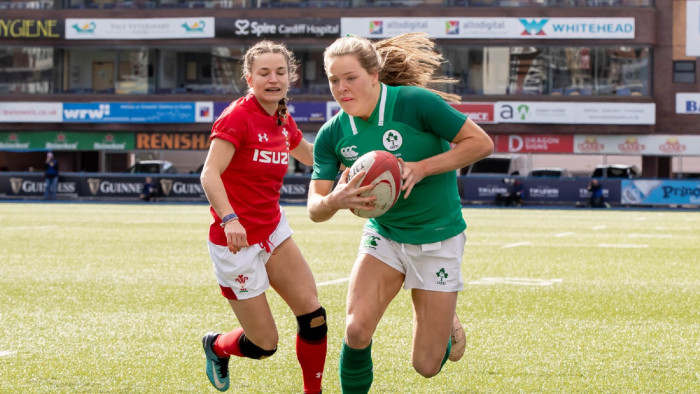 Women’s Rugby has had a turbulent few months.

If you’ve read an article on the topic its likely you’ve come away taking a sharp intake of breath.

Nothing to do with the rugby itself.

The product on the pitch continues to go from strength-to-strength. It’s what has been happening off the pitch that has been attracting the negative headlines, which is a shame when women’s sport only gets 4% of sports coverage in the UK media, leaving very little reporting for what we see on the pitch.

In case you missed it, a quick re-cap.

At Christmas the Big Game 13, billed as providing an equal platform for men’s and women’s rugby, saw Harlequins women playing their first televised game at Twickenham in men’s shirts after an oversight by the club.

Stories followed of families of the players not being able to buy hospitality places for the women’s game because hospitality wasn’t available until the men’s match started and criticism emerged because the club actually served lunch just as the women’s game against Wasps was due to kick off.

Not quite the Christmas joy followers of the women’s game were hoping for.

And the oversight off the pitch distracted from the brilliant rugby delivered on the pitch as Quins Women executed a rugby masterclass, beating Wasps Women 29-5 in front of 9,000 fans – itself a record audience for women’s domestic rugby.

Column inches focused on the issues around the game, rather than the incredible rugby we saw on the pitch.

That is where the challenge lies. As long as these issues occur, how do we ensure they do not overshadow performances on the pitch? It’s a tough balance.

The players don’t want the rugby to get lost either, in her response to ‘shirt gate’ Harlequins Women’s Captain Rachel Burford said: “The club are incredible to put us in this position to play at Twickenham – very few get to play here – it’s such a privilege and honour [and] I don’t care what I was wearing as long as it had a Quins badge on it.”

So where does this leave us?

Hopefully lessons have been learnt and we can get back to ensuring sports fans read about what makes the women’s game so special: the quality of the rugby.

Super Saturday returns, mirroring the men’s tournament format. More intense rivalries are emerging after Ireland were knocked out of the 2021 World Cup qualifiers.

England, the world’s No.1 women’s rugby team are looking to secure a convincing fourth Grand Slam campaign. And the tournament available for all to see thanks to the BBC, which announced games will be shown across its broadcast channels rather than being hidden away on the red button.

The Championship provides the teams with an established platform, a format loved by fans and the TV reach to provide a real showcase for the women’s game.

It also has the backing of big brand sponsors who are not only making a financial investment in the game, but helping it grow by taking it to new audiences.

The Six Nations benefits from brands like England sponsor O2 who replicate their popular O2 Inside Line live stream format for the tournament, a tried and tested fan engagement concept from the men’s game.

There’s also the new tournament sponsor TikTok. The partnership announcement not only injected a much-needed boost of confidence into the women’s game, it also helped refocus the conversation back to what matters: the rugby. Fans were talking about which creators would cover the games, what we could expect from live streams and which players to follow.

So, here’s the deal.

Teams and tournament organisers need to keep the events on track, so they don’t become the story for the wrong reasons.

Sponsors like O2 keep doing what they do by genuinely getting behind the women’s game and more importantly doing it on equal terms to the men.

If women’s rugby is given the same platform as the men’s game fans will tune in, swipe up or even better, turn up.

And the players will let the rugby do the talking.

Jenny Mitton works for M&C Saatchi Sport and Entertainment and is a women's rugby supporter and advocate.