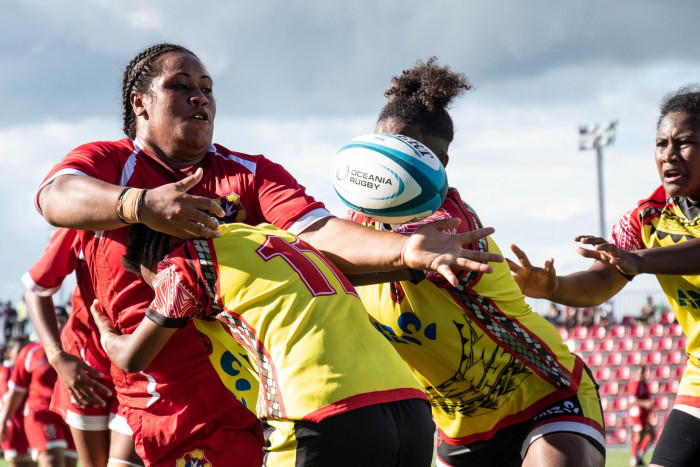 Playing at home for the first time, Papua New Guinea were not able to stop Tonga moving forward to the next stage in Oceania's World Cup qualification process.

Tonga's 36-24 victory at Bava Park in Port Moresby means they progress to the final stage of the revised Oceania regional qualification process for Rugby World Cup 2021 – a play-off against Samoa in Apia on 18 April with the winner progressing to the repechage that will determine the final qualifier for New Zealand 2021.

The victory will also lift Tonga to their highest ever position of 27th in the World Rugby Women's Rankings , with Papua New Guinea falling to to 43rd after their second loss to the pacific islanders. The Tongans had overwhelmed the Cassowaries (as Papua are now know) 62-26 in their only previous meeting in November 2018, but Sunday's encounter was a much closer affair settled with an 80th minute try by centre Pesalini Heehau.

The match had been delayed by 24 hours due to visa provblems but when it finally got underway Papua New Guinea enjoyed a dream start with winger Vanessa Semoso going over in the corner in the second minute of the historic match, but it didn't take long for Tonga to respond through their own winger Siutiti Ma'ake.

Centre Manusiu Kei gave Tonga the lead in the 20th minute but the Cassowaries hit back within four minutes when Melissa Maino. However, tries by second-row Susana Tupou and number eight Tililia Hifo gave Tonga a 22-12 lead at half-time.

It took Papua New Guinea only 40 seconds to cut the deficit with a try from the kick-off, centre Maino crossing for her second of the match with Ma'ake receiving a yellow card in the play.

The home side couldn't make their advantage count while Ma'ake was off the field and when Tonga also lost replacement front-row Mele Akuila to the sin-bin with just over 10 minutes to play it was the visitors who struck through Ruby Tangulu.

Joanna Lagona set up a tense finale when the full-back crossed to cut the deficit to 29-24 with five minutes to play. There wasn't to be a first test victory for Papua New Guinea to mark the historic day with Heehau wrapping up the win for Tonga.

“This win is big for us as Tongan women, not only for Tonga but also for us Pacific women and it’s such a privilege to play here in PNG,” said Tonga captain Va’aiga Moimoi.

“It was a very physical game today and I know everyone enjoyed it. It’s just growing for us women and I would like to thank everyone who has supported us on this journey.

“We’re looking forward to play Samoa in April and we know it’s going to be a physical encounter, but our goal was to win this game and keep going forward.”