After just four rounds, the French Top already looks like being a contest between just Lille and Montpellier. 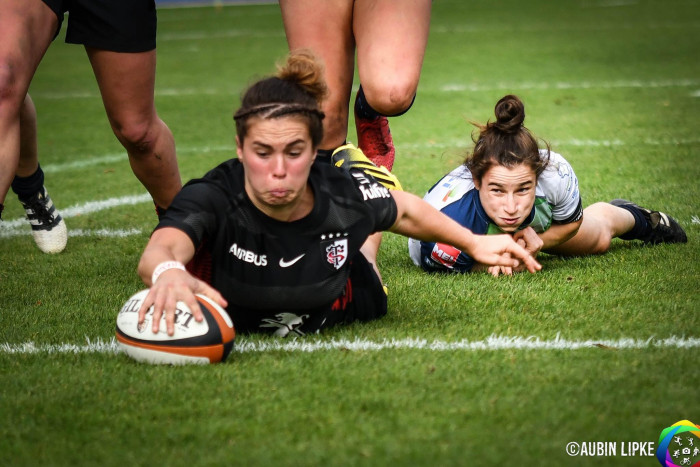 Only one bonus point separates last year’s Top 8 finalists as they maintained their 100% records last weekend.

Montpellier went top of the league by a point after recording their third attacking bonus in four games with a 43-15 win at home to Rennes. Four early tries, all from Cyrielle Banet, pretty much ended the game as a contest before it was much more than a quarter of the way through. Rennes came back with two score before the break, but at halftime the champions were 26-10 ahead.

Three minutes into the second half the pack drove over for a fifth try, after which Fantine Baccichet and Caroline Boujard dotted down. Rennes pulled a score back just before the end, but were well beaten on the day.

Lille – with five of leading players missing (Chloe Pelle, Yanna Rivoalen, Shannon Izar, Milena Soloch and Marine Menager – all injured) - had a rather tougher game at home to third-placed Touloluse, and were even 7-5 behind at halftime. However, despite going further behind at the start of the second half, they regrouped and dominated possession for the rest of the game, coming away with a 24-17 win – a win that might have been greater if five kicks at goal (including three penalties) had not been missed.

In fourth, Blagnac also struggled against newcomers Bayonne, who are having the best season for a promoted team since Toulouse joined the top division three years ago. Result: 16-10 to Blagnac.

Finally, in a game that may be important when relegation comes to be decided, Romagnat saw off Bobigny 26-0, meaning that only they and Rennes remain winless so far this season.