The French Top 8 is building very nicely to the big crunch match between the top two. 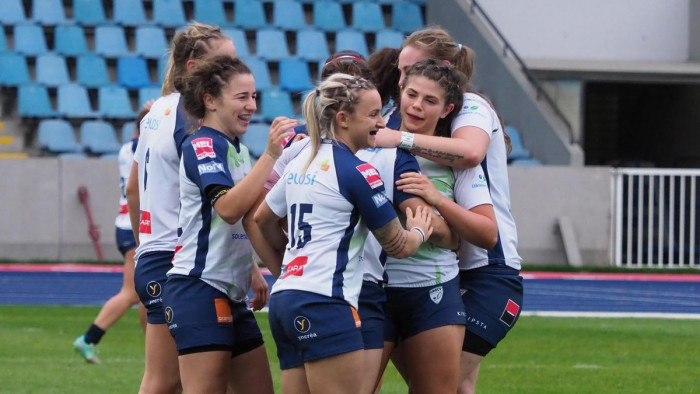 Montpellier and Lille continued their dominance of the French championship in round six.

Champions Montpellier hosted fourth placed Blagnac in what looked a tricky tie, and at first it appeared so as the visitors scored twice in the opening twenty minutes. However, Montpellier battled back and by halftime – thanks to tries from Agathe Sochat and Cyreille Banet and the boot of Morgane Peyronnet – they lead 14-10.

However, the second-half was all for Montpellier as they ran in four tries, including a brace for Caroline Boujard, resulted in a big 41-10 bonus-point win for Montpellier, their fourth in six games.

Second placed Lille had a much closer game after their visit to newly promoted Bayonne. Bayonne dominated possession for the first ten minutes, but came away with only a penalty. Lille quickly responded with a try, the power of their forwards showing from a 5m scrum, and then doubled their score 10 minutes later from an almost identical position.

However, Bayonne battled back. A penalty try, with Romane Menager at fault, pulled them back just before half-time, and a penalty early in the second half bright them within a point of Lille – but Lille weathered the storm, added a penalty and a third try. Bayonne nonetheless deservedly scored a late try to win a losing bonus point.

Third placed Toulouse slipped up in the Auvergne where Romagnat held them to an 8-8 draw, as a result of which they now lie nine points behind Lille and 11 behind Montpellier.

Finally, Rennes recorded their second win of the year, beating Bobigny to 24-22 to go fifth – so despite their heroics Bayonne fall to eighth.

The next round is on 10th December