High profile domestic competitions got underway in New Zealand and Australia at the weekend. 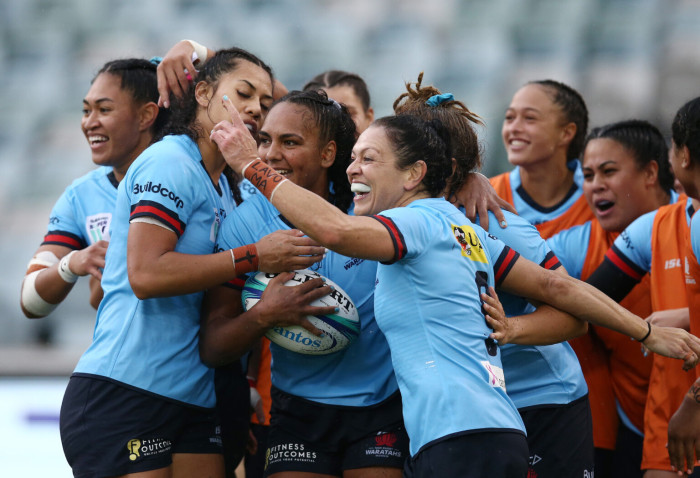 Having been beset by challenges, New Zealand's long-awaited women's Super Rugby competition got underway on Friday with a preseason opener between Chiefs Manawa and Matatū.

Covid concerns meant the original plans were curtailed and all of the team moved to a bubble in one location, but even worse, so many cases have ripped through the teams that the Blues were unable to field at all, delaying the start of the competition before the Hurricanes Poua were also forced to pull out.

With a stellar backline, made up of New Zealand seven stars, the Chiefs Manawa have looked the team to beat, but they were pushed all the way by Matatū, winning 28-20.

Julia Gorinski and Grace Steinmetz hit back but Luka Connor helped to secure the win.

The competition will officially get underway on Thursday.

Australia's Super W competition also got underway at the weekend with three games.

Having only entered the competition a month ago, Fijiana Drua - the Fiji women's national team, absolutely thrashed the Melbourne Rebels 66-5

The new side have relocated from Fiji to the Gold Coast to be part of the six-team league, with the country's top talent vying for spots in the national team for this year's World Cup.

The front row of Vika Matarugu, Karalaini Naisewa and Jiowana Sauto had a great day, all scoring tries in the first half.

Naisewa's was a barnstorming effort from the restart, while fullback Roela Radiniyavuni wasn't missing out as she tapped quickly then dove over would-be tacklers to find the line.

Radiniyavuni had her second moment after the restart before Kolora Lomani scored twice inside four minutes as the floodgates opened and the No.15 secured her hat-trick.

The NSW Waratahs were also victorious in beating the ACT Brumbies in Canberra with a 31-17 bonus-point win.

In torrential rain, handling was difficult and it took almost 20 minutes for Jemima McCalman to open the scoring out wide. Mahalia Murphy bagged a hat-trick in the dying moments of the match to make sure of a good win.

The Queensland Reds were too strong for the Western Force winning 43-7. Ivania Wong was a star player while 16-year-old playmaker Skyla Adams was also influential to help secure the bonus-point win.

It marked a tough return to competitive rugby for the Force, who pulled out of last year's Super W competition after just one round to ensure they didn't get stranded over east due to border restrictions.

Force playmaker Trilleen Pomare said: "Disappointing start to the season for us, it's not what we were hoping for,"

"We're just lucky to get some game time in front of family and friends, so it's good to be back playing rugby on home soil."