Last weekend Tunisia won the right to represent Africa in the Youth Olympics in Buenos Aires in October. 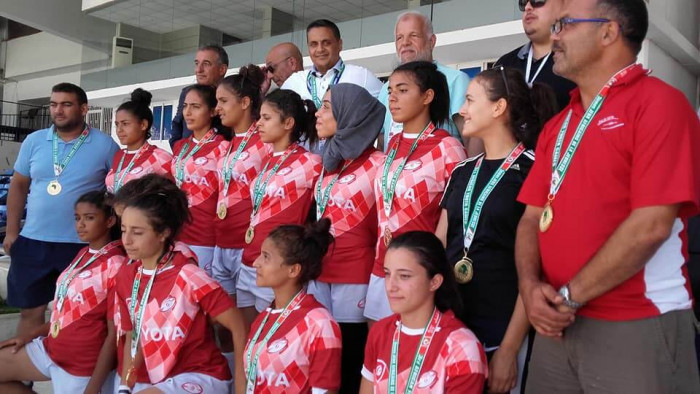 The African qualifier for the Youth Olympics was the last one of the six regional qualifiers and was played as part of the African Youth Games in Algiers.

Unfortunately, at least partly we suspect due to cost (Algiers is a long way for most of Africa’s rugby nations to travel), the eventual turnout for was very low indeed.

The continent’s main rugby nations – including South Africa, Zimbabwe and Kenya – did not even enter. In the case of South Africa this is all the more remarkable for what is not only one the world’s leading unions, but also the one that claims more youth players that any country in the world. To not give the cream of these players the chance to take part in the world’s most important youth tournament seems strange. Coming only a few weeks after South Africa’s no-show at the adult African sevens championship it is raises concerns about South Africa’s commitment to the women’s game. A team was entered in the boys’ championship.

In addition to this countries that had originally entered gradually leaked away, with Congo and Morocco pulling out only days before the event.

This left just Tunisia and Madagascar to compete for the continental title, and the place in Buenos Aires.

Tunisia, with the longer history of women’s rugby, started as favourites but the two teams proved to be well matched. Madagascar won the opening game 12-5, Tunisia pulled level with a 29-7 win the second game, the third game was tied 5-5 before Tunisia won the final, deciding, game 19-0.

The six qualifiers for Buenos Aires are…

Asia: Japan (or China)*
North America: Canada
South America: Colombia (or Brazil)*
Oceania: New Zealand
Europe: France
Africa: Tunisia
* Colombia and Japan are also qualified for futsal (indoor football) and their NOC must decide which sport they will to compete in.