This weekend sees the first post-Olympic women’s international sevens with the Fast Fours in Vancouver and the Asia U18s in Taskent. 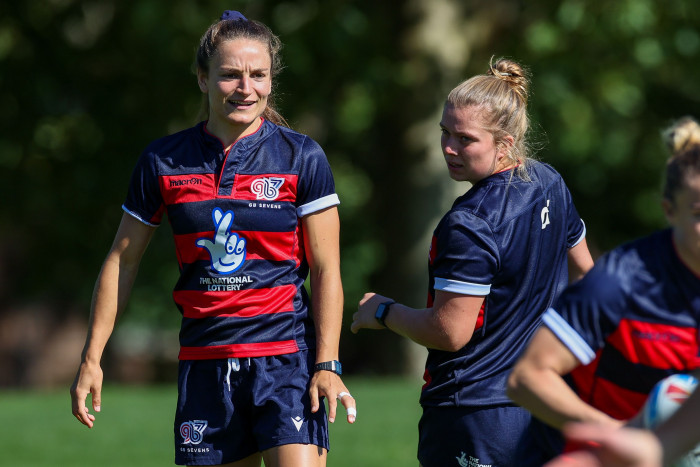 United States, Canada, Great Britain and Mexico will meet this weekend in the first of two short tournaments, played around the men’s World Series, with the same teams scheduled to meet again in Edmonton next weekend.

These Fast Fours were originally planned as warm-up for a 2021 Women’s World Series, but will now stand alone.

When plans were first announced there was some disappointment that while the men would start in September the women were not due to start until October. The scheduling of women’s Fast Fours for Vancouver and Edmonton did little to reduce that.

However, since the optimism of that July announcement we have seen multiple withdrawals from the first two men’s tournaments followed by the cancellation of the October’s Hong Kong, December’s Cape Town and Sydney’s February tournaments.

As a result, the only remaining tournament from the July announcement - Dubai (3-4 December) – will, with an extra event (also in Dubai on 26-27 November), now officially kick-off the 2022 World Series for both men and women.

So far, no other tournaments have been announced for the 2022 series which will end before the Commonwealth Games in Birmingham (29-31 July) and the Sevens World Cup in Cape Town (9-11 September).

Even this weekend’s women’s Fast Four has not escaped disruption with Olympic silver medallists France withdrawing from this weekend, with Mexico coming to the rescue much as they did for the Olympic warm-up event in Los Angeles earlier in the year. Given this World rugby have said that the results will not count towards any rankings in any future tournaments.

The squads announced by Canada, Great Britain and the USA are a first look at a number of players that may become very familiar between now and the 2024 Olympics. Both Canada and the United States include just three players from Tokyo, while nine players in the United States squad will make their debuts

The four teams will now play a round-robin pool on Saturday followed by semi-finals and finals on Sunday.

Asia Rugby kicks off its ‘Return to Play’ strategy with the Asia Rugby Under-18 Girl’s Rugby 7s Championship, hosted by Uzbekistan Rugby Federation, in Tashkent on the 18th and 19th September 2021.

This will be the first official tournament in Asia for almost exactly two years and is the first of a series of tournaments now scheduled for 2021. Host Uzbekistan will be joined by Kazakhstan, India, Kyrgyzstan and the United Arab Emirates to compete for the trophy.

The Asia Under-18 was first played in 2016 in Dubai, United Arab Emirates, and has become an integral part of Asia Rugby’s long term player development strategy for the growth of the Women’s Programme.

To ensure a smooth and safe return to play, Asia Rugby has been conducting online Training and Education courses covering all strands, set to culminate in a week of face to face courses to coincide with the tournament.

Other Asian sevens tournaments confirmed this week were: