The United Arab Emirates have won a remarkably unpredictable Asian U20 7s championship in Yangiabad (Uzbekistan), after its returned after a three-year gap. 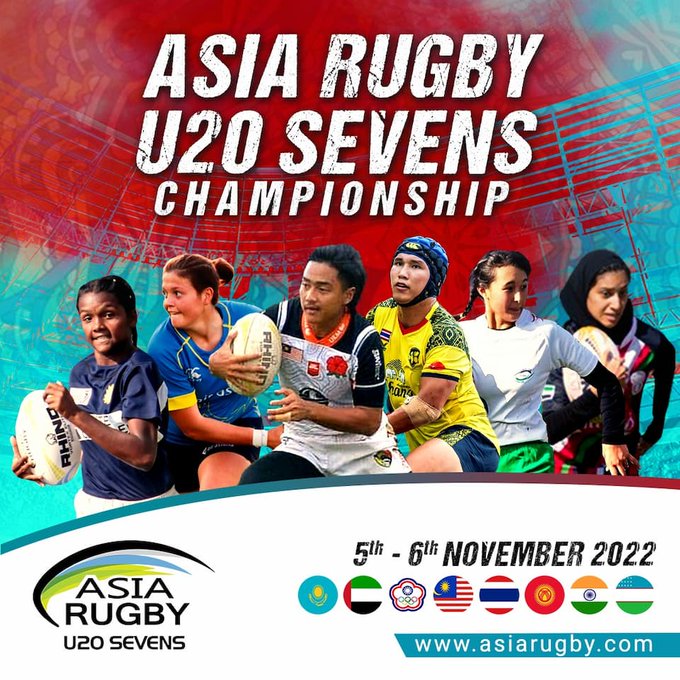 The UAE added the Asian U20s 7s crown to the U18s title they won back in September in a tournament that lived up to the idea that you can never judge Day 2 of a sevens tournament by what happened on Day 1.

The movement of the headquarters of Asia Rugby to the UAE has been accompanied by increased investment in the sport which is already paying dividends, especially at junior level. Although this was the UAE’s first appearance at an Asian U20s, they have been regulars at the U18s since 2016 where they had met with very limited success, until this year. The continued absence of the region’s top teams– Japan, China, Hong Kong and Kazakhstan – from junior 7s has also helped their rise.

Five teams entered this year, with all of the entrants playing in a single pool over two days, the top two them playing off in a final.

The UAE were the only team to end Day 1 unbeaten, including a 12-5 win against India, one of their major rivals. As India had disposed of Malaysia and Thailand, who the UAE were due to play on Day 2, the Emirates team looked to be strong favourites to top the pool.

However, when Day 2 began the UAE’s opening game saw them caught cold as Malaysia raced into a 12-0 lead early in the second half. The UAE fought back, but Malaysia ran out comfortable – and unexpected – 19-12 winners.

To ensure a place in the final, UAE now needed to beat Thailand, but in an exciting battle with Thailand twice leading only to be pulled back, the game came down to long final play and a UAE try which they needed to convert to tie the game – and missed.

With Malaysia beating Thailand on day one, the Malaysians only needed to beat their Uzbek hosts – who had lost every game so far - in the final round to reach the final… but lost, 12-10.

As a result, UAE qualified for the final against India on points difference.

The final was expected to be a close affair, but the UAE swamped India in the opening seven minutes with four tries to lead 26-0 at the break, adding one more try in the second half to take the title 31-0.