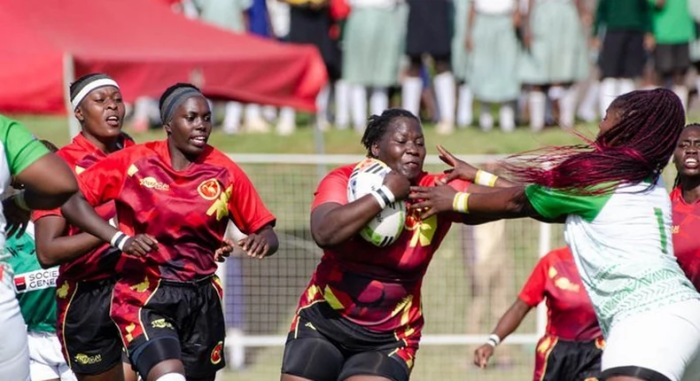 Angela Nanyonjo gave Uganda the lead and Charlotte Mudoola added a conversion to make it 7-0. After a few minutes, in-form Peace Lekuru attempted a run before being fouled. Mudoola converted the penalty to extend Uganda's lead to 10-0.

The inexperienced Zambians were hampered by giving away a string of penalties, and Mudoola made no mistake from obe of these near the posts, converting penalties to give the hosts a 20-0 halftime lead.

In the second half, Zambia managed to score two tries and a penalty conversion, but Uganda extended their lead to win 36-17.

Uganda captain Peace Lekuru, who was voted Player of the Match, said, "Now we need to focus on our next game against Kenya."

Zambia captain Sithembile Kasawala also said her team would have to change their plan in their next game against Kenya.