US win in Japan, Czechs in Malta

The USA Falcons have beaten the Australian Pearls twice to lift the Okinawa Sevens, and the Czechs escaped the central European winter to in Malta 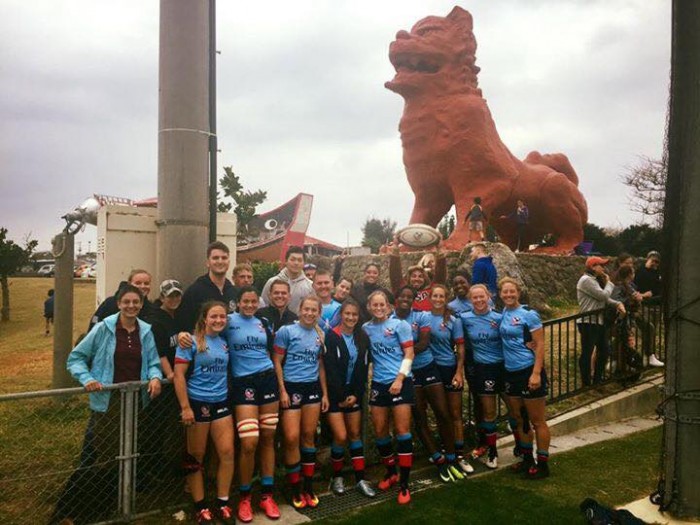 It’s been a busy weekend of international sevens, and – in addition to official tournaments in Asia and South America – there have been some interesting invitational tournaments.

Japan hosted their first major women’s sevens in Okinawa. As well as two Japanese teams, they also welcomed the Netherlands and development teams from the USA, France and Australia.

The result was an exciting tournament between some well-matched teams. On day one, Australia swept to three wins, while the USA drew against both Japan teams as they both came back with scores just before end of the game. Both Japanese teams ended the day with a win, a loss and a draw, while the European teams struggled with the only win recorded by France or the Netherlands coming from their game against each other, which France won 22-12

On day two, the final two rounds of pool games began with more European misery as France lost to Pearls and the Dutch fell to the Falcons. Australia were in the final – but to join them the USA would have to beat them in the final pool game. And this they managed to do, winning 26-17. France finally beat non-European opposition with a win over the French B team to slip into the third place game, but the Dutch lost their fifth pool game in five to Japan A.

The Netherland’s tough weekend ended with 36-5 defeat to Japan B in the fifth place game, but France came through for Europe by taking a third by beating Japan A 45-5.

Ans so to the final, where Australia scored first making it 5-0 – but this was not unusual as other than the Netherlands, the USA had allow the other team to score first. Australia defended strongly, not allowing USA to break any big runs early. However a penalty put USA close though before Naya Tapper drove through to level the scores. Tapper’s running caused huge problems for the Australian defence, and shortly before break the gaps she made were enough to allow Cheta Emba to put the USA 12-5 ahead. In the second half, the USA added a third try from Lilly Durbin finally broke one, to run out winners 19-12.

Meanwhile in the Mediterranean there was another international sevens tournament this weekend. Martin Charvát reports:

Malta has been using the benefit of its weather for organising annual sevens tournament in February for few years. Different teams from across Europe, who often cannot play at this time at home, use this opportunity for their preparation.

The tournament was held on Saturday 18th and Sunday 19th of February. Swiss Barbarians won the third place in the match against Swedish opponents: Swiss Barbarians - Lugi Lions Ladies 22 : 0

The Czech sevens team won the tournament in impressive style with any single lost match, winning the final against the Malta Barbarians 7 - 47